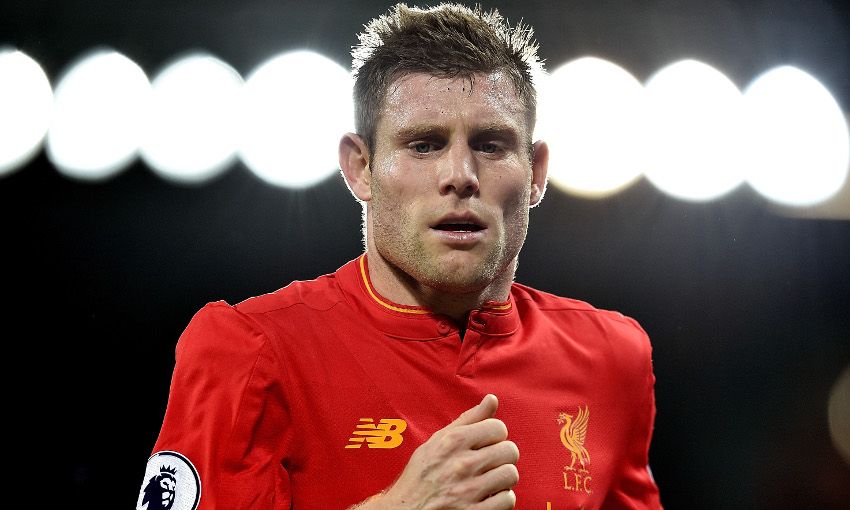 James Milner cited Liverpool's failure to maintain their intensity as the reason behind dropped points against West Ham United on Sunday.

The Reds couldn't make the most of an encouraging start to proceedings as Adam Lallana's opener was quickly overturned by Slaven Bilic's side, meaning a Divock Origi strike was needed to claim a share of the spoils in the second half.

And Milner later insisted a slight drop-off in energy from Jürgen Klopp's charges was to blame for only picking up a point.

"I thought we started pretty well, got around the ball, [played] some good bits of football," he told Liverpoolfc.com.

"But when we went in the lead it seemed to change slightly; I don't think it was bad but it wasn't the same intensity.

"We didn't keep it simple enough I don't think and we've let them back into the game. We started the second half very well, but it's too late then really.

"We got ourselves back into the game, had chances to win it, but it's giving ourselves a lot to do from being in a good position."

When asked what he and his teammates might do better in the future, Milner replied: "We just have to be concentrated.

"We've shown all season that when we're at it and 100 per cent and everyone's firing together, we can beat anyone.

"As soon as we drop off slightly... you can't do that in the Premier League, you get punished."

The No.7 also insisted the Reds must do all they can to ensure they are at least solid when perhaps not playing at their best.

"The good is very good but the bad is very bad, so we need to cut that out and bring those two closer together," he continued.

"When we're on an off day or an off 20 minutes during a game - which is going to happen, you're never really going to dominate a game and be firing on all cylinders for 95 minutes - that's where we need to make sure we are more solid, don't give away silly free-kicks and keep it simple."