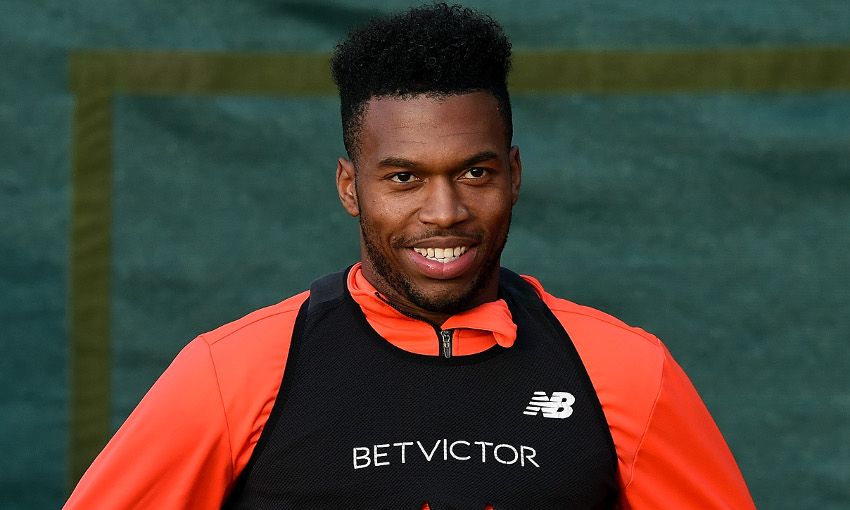 Jürgen Klopp has revealed that Daniel Sturridge will return to the Melwood pitches today as he plots a route back to full fitness.

But the Liverpool boss refused to put a timeline on when the striker might come back into contention, underlining the importance of remaining patient with his recovery.

Sturridge has been absent from the first team squad since a tight calf kept him out of the 2-0 victory over Sunderland at Anfield late last month.

When quizzed on the No.15's fitness ahead of the weekend clash with West Ham United, Klopp told reporters: "[We have] no real idea. Until now he didn’t train on the pitch - maybe today but it wasn’t 100 per cent clear yesterday.

"He will go out today on the pitch but that means starting the football work not with the team but only the rehab coach. I have no idea when he is back."

The boss was then asked what he can do during the prolific forward's lay-off and replied: "Nothing. Wait. That's my job. [He is] not happy.

"That’s the life of football, you cannot force things, never. The name of the player or the quality of the player isn't important, you have to wait as a manager until they’re back.

"Sometimes you have to wait a little bit longer because you decide - as we have done in the past - that a few days training would be nice before we start again.

"It’s not perfect in our situation with Phil [Coutinho] and Danny [out] but we can't change it."

Klopp remained reluctant to make promises over when Sturridge could come back into the fold, insisting there would be little benefit in doing so.

"I learned pretty early I [shouldn't] make pressure by making timelines so why should I do it?" he added.

"Maybe [after] then but I have no idea! It would be nice [to have him back for Everton] but I really have no idea."