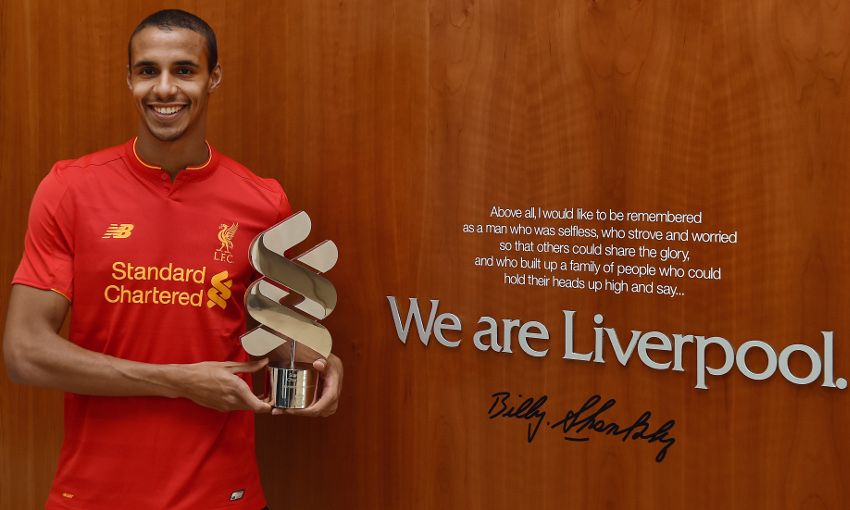 Joel Matip was today named the Standard Chartered Player of the Month for his performances for Liverpool in November.

The 25-year-old helped the Reds kickstart last month with a 6-1 thrashing of Watford at Anfield, starting alongside Lucas at the heart of the defence.

Matip then combined with Dejan Lovren to keep back-to-back clean sheets as Jürgen Klopp's team drew 0-0 with Southampton at St Mary's before beating Sunderland 2-0 back on Merseyside.

And his performances have now received recognition from fans, who voted him as the best player in November in our online poll.

"It’s an honour and I’m thankful that [the fans] voted for me. As a defender, if you get something like this, it’s always special."

Matip missed out on a place in the squad for the Reds' last fixture, a 4-3 defeat to Bournemouth, due to an ankle problem.

But he has revealed he is back to fitness after returning to training this week and is ready for the upcoming clash with West Ham United at Anfield.

He added: "It was a little backstep. But this week I started training again, I’m feeling better and better, and I hope I can help the team at the weekend.