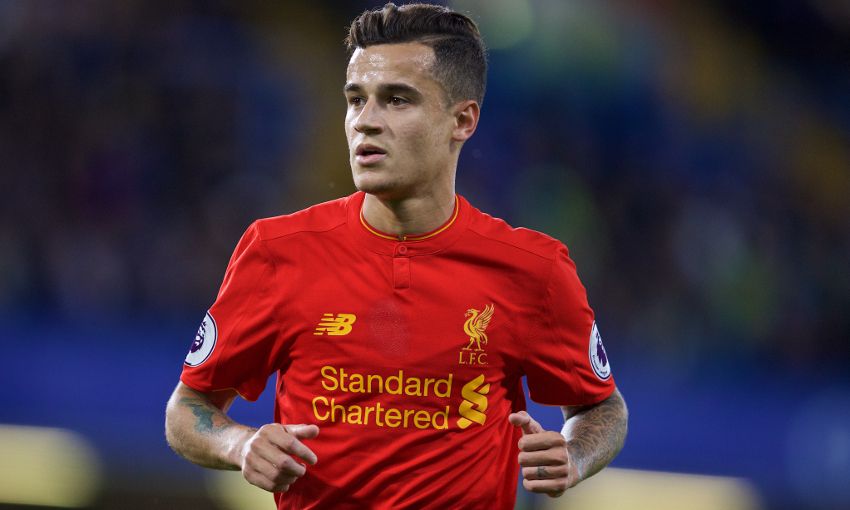 Coutinho is set to undergo a scan today on an ankle injury sustained in Saturday's clash with Sunderland to determine the severity of the problem.

Meanwhile, Lallana's condition is improving following a groin complaint, but Sturridge and Firmino still both have calf issues, with the former yet to return to training.

Klopp said: “Obviously you know about Phil - his scan is this afternoon and we will then know more.

“Adam is in a very good way, close to team training but that means in the same moment that he is not ready for the game.

“Daniel is not in team training, so it means then it is the same, and on Roberto we have to wait.

“I know yesterday it was still painful, so that’s something we have to wait for - how he feels today. It's another day for us. I think it will be OK but I'm not sure at the moment.

“That's, I think, all. Apart from how it always is in the period after an intense game, like it was against Sunderland - a few knocks here and there, so we have to wait until this afternoon's training, the impressions and then make the line-up.”

On Coutinho specifically, Klopp admitted he was unsure of how long Liverpool were likely to be without the Brazil forward.

“What I can say is it is for sure too long because the best thing would be that he is not out, but that's not really likely,” he added. “We have to wait for a final scan and then we'll know how long it will be and then we have to take it like it is.”