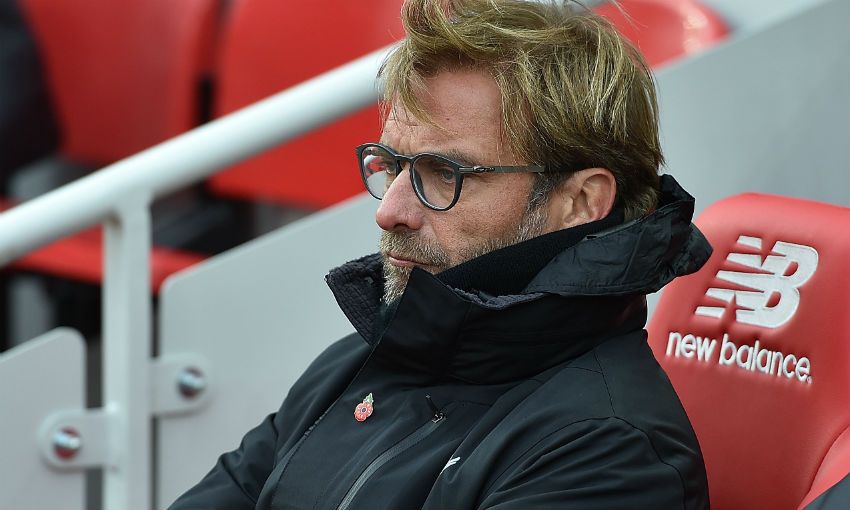 Jürgen Klopp has urged his Liverpool team to focus on forging their own place in the club’s history after they moved top of the Premier League on Sunday afternoon.

The Reds produced another sparkling attacking performance to rout Watford 6-1 at Anfield yesterday - a win that lifted them to the summit of the English top flight for the first time since May 2014.

Klopp’s side have amassed 26 points from their opening 11 league fixtures, and their tally of 30 goals also makes them the division’s highest scorers.

Optimism is understandably high around Anfield after a start to the season that has seen Liverpool lose just once in 14 matches in all competitions, but the boss insists that their elevation to the top of the table should not lead to a change in attitude or approach within the dressing room.

“With normal common sense, no [being top will not change anything]. I know how football works, football is really important, but keep your nerves – everything is good,” Klopp told Liverpoolfc.com after the victory over Watford.

“It’s a really good moment and I know that everybody compares with the past, especially at Liverpool. Three years ago, 10, five, 25 years ago - but this team is new, we are new. Our story started a few months ago so you cannot compare us with anyone else.

“You cannot carry the history on our backs, we should feel free for creating something in the near future.

“If everybody wants to say ‘we wait now for 20-something years for silverware’ or whatever, we can say ‘OK, we [have] tried, actually, only since a year!’. So that gives us the freedom to look in the future quite optimistically.”

LFCTV GO: Watch our interview with Jürgen in full

Just five points separate Liverpool and fifth-placed Tottenham, and Klopp is not getting carried away with his side’s new status as league leaders.

“If you watch the Premier League this weekend and saw Chelsea playing, how strong Arsenal is, how strong City is, how strong Tottenham usually is and Man United - you should never write them off!” he added.

“So it’s really, really a battle for each position at the top of the table. We made our base a little bit better today, but that’s all.”