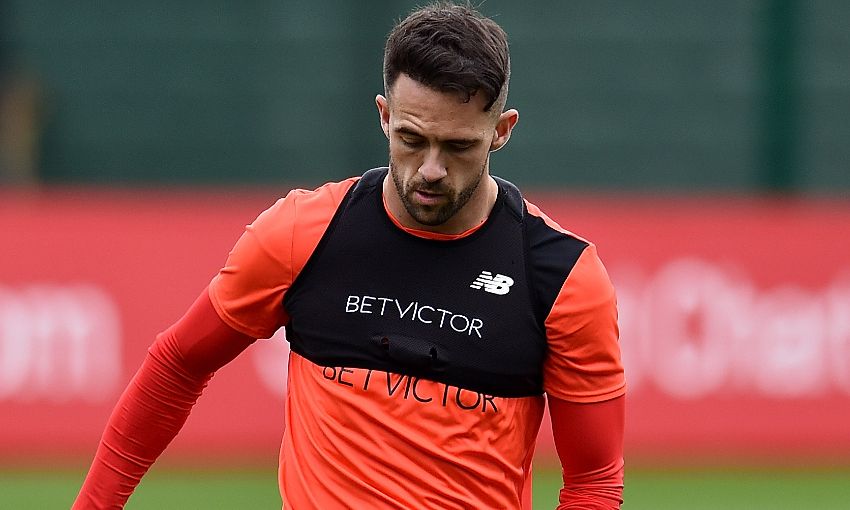 Jürgen Klopp has revealed Danny Ings’ surgery on his knee was successful and insisted: ‘We will give him all the time he needs and wait for him.’

Liverpool confirmed on Tuesday the striker had sustained an impact injury to his right knee during the recent EFL Cup tie with Tottenham Hotspur at Anfield.

Ings underwent an operation in London on the same day on the cartilage and is now facing a spell of seven to nine months out of action as he undergoes rehabilitation.

Addressing reporters at his pre-Watford press conference, Klopp offered an update following the procedure and stressed the 24-year-old will return as a ‘Liverpool player, 100 per cent’.

The manager said: “It’s not negative; it’s not a nice story of course, it’s the complete opposite, but it’s an important story. Everybody who knows Ingzhi likes him, I’ve never heard something bad about him.

“The only problem he had is that he had a really bad injury and he needed time to come back in shape. In the last two weeks everybody could see, ‘OK, now he’s back’ and then this happened. It’s not nice, but it is part of football and from yesterday onwards, it is already a positive story because the surgery was very positive and the rehab has started already.

“It's a moment when the club and the team really has to show how strong we are and we will wait for him. We will give him all the time he needs and then he will be back again and will be a Liverpool player, 100 per cent. That’s the only thing we are working on from this moment on.

“The team reacted like everybody would react when something bad happens to a friend, but meanwhile we want to show that we involve this of course. It’s not for public or something, but of course we involve this [when speaking to the team].

“He was very, very close in the last few weeks to the team; he’d already helped us and in each session he helped us on his way back into his best shape. Everything will be good at the end but now it’s time to work on the comeback.”

Meanwhile, Klopp confirmed Liverpool have no fresh injury concerns ahead of Sunday’s Premier League encounter with Watford at Anfield.

James Milner is back in training after a virus, while Georginio Wijnaldum and Emre Can have recovered from bouts of illness.

“It is how it always is in October, November, December,” said Klopp. “You have this kind of little bit of danger of somebody getting ill or whatever. James was a little bit more than others, but good meanwhile.

“Emre one day, Gini one day [were ill], but there are still three days to go until the day. Maybe something else will happen, we need to wait until the last second but we will do everything we can so that nothing more happens. In this moment, they are all fit.

“As a football club and a team, you always have to be really careful and when somebody says, ‘I don’t feel good’ it is ‘Go!’ because the next thing is 12 other players [are ill]. We were really sensitive with this, but in this moment everything is good.”