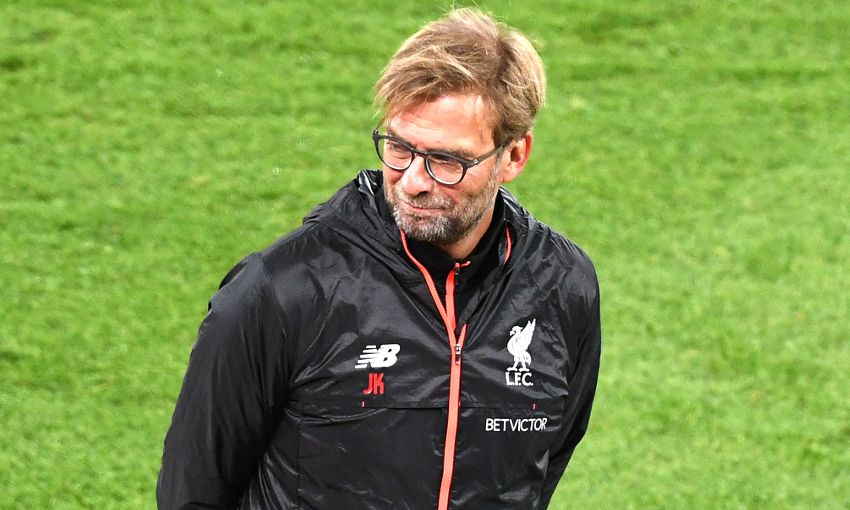 Jürgen Klopp does not expect West Bromwich Albion to tailor their approach when they visit Anfield this weekend looking to halt Liverpool's recent run of good form.

But the Reds boss admits his team may need to cater for the specific challenges posed by the Baggies - as they have done for each opponent this term.

Klopp's men are in the midst of an eight-match unbeaten run in all competitions, but are preparing to face a side who have lost just twice this season.

The manager has done his homework, though, and insists his players will have a plan ready to cope with the threat of Tony Pulis' men.

"We already did it in the different games - we have different plans," he told reporters.

"West Brom plays like West Brom, Tony Pulis has a specific way and he is very experienced in this and it makes him successful in the last few years with different teams.

"We have not a lot of bad results until now this season but a lot of problems to solve, a lot of situations to find solutions for.

"That's what we will have against West Brom again but I don't think that games we played until now will have a big influence on the preparation from West Brom."

Liverpool were twice held to a draw by West Brom last season, and required an injury-time equaliser from Divock Origi to claim a point in the Anfield edition of the fixture.

Klopp is keen for his players to show that they are constantly improving by bettering those results this time, but he knows the right mentality will be required.

"We improved a little bit but the problem in our job is that we have to improve all the time," he added.

"In this game, there will be difficult challenges and passes which don't go through and then it's about the atmosphere in yourself and in the team and in the stadium.

"For this we need probably 95 minutes so, go for it. There won't be big spaces, everybody knows about West Brom, how they defend, there are no easy ways to go through.

"On the other hand, even if they don't play then each set-piece is a threat, for every team in the league, not just for us. We need to be ready for this. When we can stay confident in the game, all of us, then there will always be a chance.

"When you stay in the race, when you stay confident, then there's a lot of space to use. If you only wait for an easy moment, no chance." 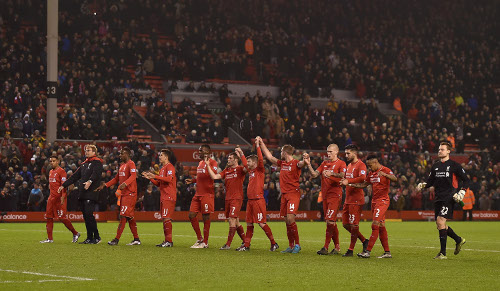 Klopp expects Pulis' experienced team to try to make life 'uncomfortable' for their hosts by disrupting any rhythm built by the attack.

But the boss insists this is the sort of game his players should relish - a battle to impose their own quality on the opposition.

"They want a result and I respect this so we need to find a way to play them, that's all. For this, we need what you said and what is kind of the truth, that we need to be angry but at the same moment be patient enough, all of us, the crowd and the players.

"All that they are doing in defending is to make us feel uncomfortable [and] not to [allow us] to do what we want to do, what we are good at.

"They want to have set-pieces, of course. There's not only one way to be successful but we cannot choose their way and they cannot choose our way, so we have to find a way in this game to be the better team."