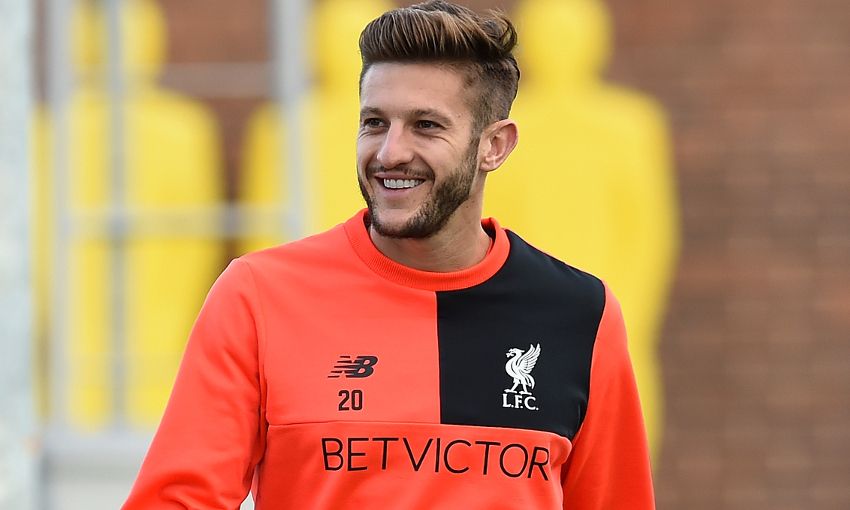 Jürgen Klopp insists he is not surprised by Adam Lallana's ever-growing influence on his side, describing the playmaker as a 'real Liverpool player' as he closes in on his 100th appearance for the club.

The 28-year-old’s next runout for the Reds will see him clock up his century in all competitions following a switch from Southampton in 2014.

Game No.99 came as a second-half substitute during Monday’s goalless draw with Manchester United at Anfield in which Lallana’s introduction visibly lifted the tempo of Liverpool’s play.

“For me, it feels like we’ve spoken already a lot of times about Adam – I have no problem, I like him, so we can speak about him,” Klopp told journalists at his pre-West Bromwich Albion press conference on Thursday.

“It was a very intensive game against Manchester United and coming in with fresh legs is not the worst thing.

“He is a very good football player, very important for us and in my opinion his development is not that big; I didn’t watch the games before I came [here], but since I have been here he has been on a constant high level. With all the improvement in the team, he can take the benefit of this too. He brings a lot in the team with all of his quality and that’s alright, all good.

“In a special game against Manchester United, with this quality coming in and fresh legs, that has to make the difference – you have to see that here comes a high-quality player, full of energy and that’s what he did.

“Unfortunately in the end it was not enough for us, maybe not long enough or whatever, but it’s all good with Adam and until now this week he could train properly and everything is good.”

Lallana has excelled in the opening weeks of 2016-17, contributing three goals in nine appearances and being voted as the Standard Chartered Player of the Month for September.

Klopp feels the England international is adept at drawing on past experiences to aid his continuing development.

“When he was very young he was already captain of Southampton – that says a lot about him,” continued the boss.

“He is a smart boy and now at an age where experience helps more and more when you are smart enough. That’s what he uses – it grows confidence, that’s how it is. He is a real Liverpool player, he loves this club.

“He made a difficult change, as I recognised when we played Southampton. Obviously they still miss him – a lot of players have left Southampton in the last few years, but obviously with Adam, they are still not happy he is not there anymore and that says a lot about his quality and the influence he had at Southampton.

“Now he is here and I am really happy about this fact.”