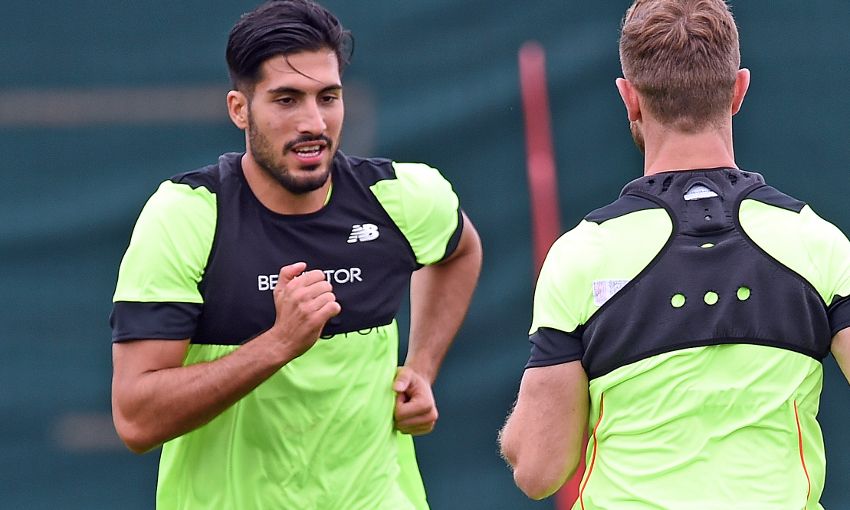 Liverpool can take confidence from their winning run but Emre Can knows it must be put to one side when they try to beat Manchester United on Monday.

Four consecutive Premier League victories and an EFL Cup success at Derby County had the Reds in outstanding shape before the international break.

Their form will be tested by fierce rivals United at Anfield as domestic action resumes, with Jürgen Klopp’s team eager to repeat the authoritative Europa League triumph of last season.

And while Can and co are entitled to approach the fixture with nothing but positivity, the German midfielder understands this challenge will be something completely different.

“It’s a very important game for us,” he told Liverpoolfc.com. “I think you have to forget the games before.

“Of course, you have to take the confidence from the games, but a derby against Manchester United is always different. We are confident enough to say that we want to win the game and we will give our best to win the game.”

The United side has been modified since the previous meeting, with the likes of Zlatan Ibrahimovic and Paul Pogba adding more physicality and big-game experience to Jose Mourinho’s line-up.

“We are confident about matching that, we have a very strong squad,” insisted Can.

Liverpool’s supporters undoubtedly set the tone for the 2-0 victory over United in the first leg of the Europa League tie earlier this year.

An extended, bellowed version of ‘You’ll Never Walk Alone’ greeted the teams ahead of kick-off and the noise levels barely dropped as the Reds claimed the result.

Can would love history to repeat itself.

He said: “The atmosphere is always special and, for me, is one of the best atmospheres in the world, maybe the best one.

“Our fans are great. They have to show that again against Manchester United.

“They are like the 12th man for us. If they push us, of course it’s different on the pitch. It’s always nice to play in front of the amazing fans.

“Hopefully against Manchester United it will be the same and we will all together win the game.”