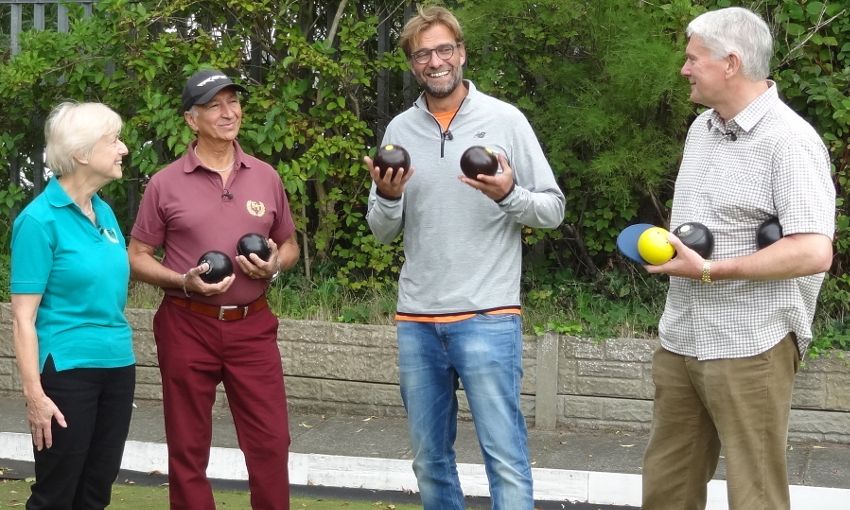 Jürgen Klopp makes an unlikely switch from the green turf of a football pitch to a local bowling green in an unmissable video now available to enjoy in full.

On a recent day off from guiding the Reds to an encouraging start to the season, the German took a short journey from his Formby home to Holy Trinity Bowling Club to participate in an altogether different sport – crown green bowls.

The game first caught the manager’s eye more than three decades ago, during a school exchange trip to England as a teenager, but how would he fare when aiming to find the perfect line on the green himself?

Klopp paired with long-time season ticket holder Lesley for a friendly – but fiercely competitive – tie against fellow fervent supporters Adrian and Peter amid the lush surroundings of the local club.

In between concentrating closely on his bowling technique, the boss also chatted with his three new friends about his first year on Merseyside, his hopes for what the team can achieve in the future and how he always remains positive.