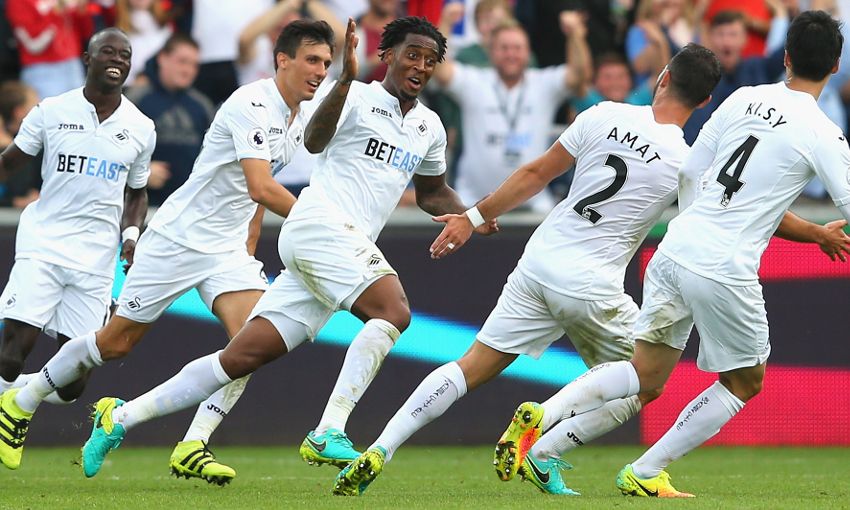 What can Liverpool expect to come up against at Swansea City this lunchtime? Paul Wilkes provides his tactical analysis in his latest blog...

Swansea City come into this game after back-to-back defeats to Manchester City at the Liberty Stadium in the EFL Cup and Premier League.

The Swans have notched just one win in their opening six matches in the league this season; however, coach Francesco Guidolin instructed his players to press Pep Guardiola's City and even though they were beaten, it was very effective for large parts of the game.

There's a good chance that he will look to do the same against the Reds, although he will be wary after their recent form.

His team have switched formations throughout the last two months, with 4-3-3 and 4-2-3-1 the most common. He did opt for a 3-4-1-1 system against Chelsea, which earned them a point.

Striker Fernando Llorente operates as a target-man due to his physical presence, although he's surprisingly effective when harassing opposition defenders. The Spaniard proved he could adapt to this style under Marcelo Bielsa at Athletic Club.

Modou Barrow and Wayne Routledge are direct from the wings, with Gylfi Sigurdsson a threat in the hole. The Icelandic international has already scored in games with Chelsea and Man City.

Leroy Fer and Jack Cork are both accomplished at intercepting the ball in front of the back four. Swansea lost captain Ashley Williams in the summer, but still have a number of options in defence. Federico Fernandez is missing through a groin strain, so Mike van der Hoorn should continue at centre-back.

Liverpool 4-1 Cardiff City - how it unfolded