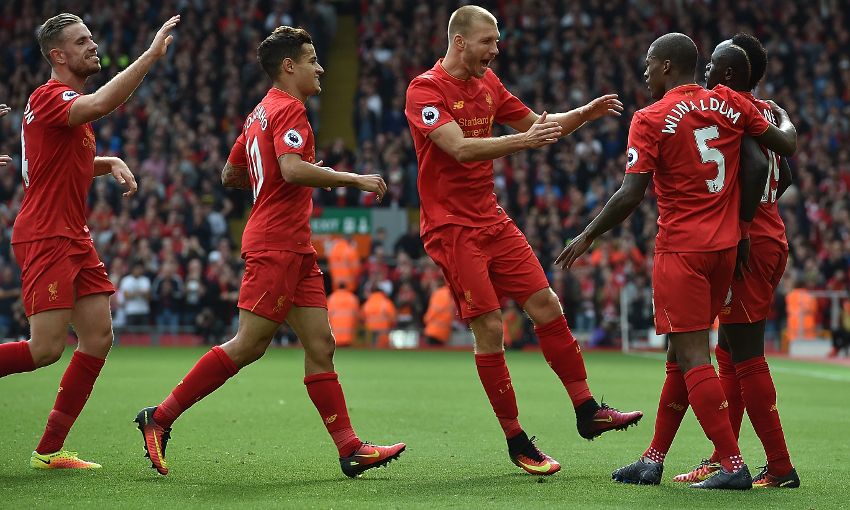 Learn more about the test awaiting Liverpool at the Liberty Stadium on Saturday afternoon with our view from the opposition – this week provided by Swansea City fan Julie Kissick.

Jürgen Klopp’s side are aiming to claim a fifth consecutive victory in all competitions and maintain their exciting start to the new season on their trip to Wales.

For their part, Swansea have struggled so far this term, failing to win on home soil to date and amassing just four points in their opening six Premier League fixtures.

But Klopp insists that tally does not paint a true picture of their quality – and Julie explains why the Reds boss is right, and much more in our comprehensive preview…

It has been a difficult start to the season for Swansea – what has been going wrong?

I think it’s a combination of things – we can’t underestimate the loss of our captain Ashley Williams to your rivals Everton. He was a huge presence on the pitch, in the dressing room and for many he was Mr Swansea City. It’ll take time to adjust to life without him. The other departures, such as Andre Ayew, and not re-signing Joe Allen from you, I think will have taken its toll. If you read our message boards it is clear that in some quarters of our fanbase, our activity in the transfer market was a disappointment.

But, we have brought some decent players in. They need time to adjust and hopefully there were signs in that direction in both games against Manchester City last week. I definitely think both new strikers, Fernando Llorente and Borja Baston, have the potential to offer us something decent. They’re professionals – they know as well as anyone else that needs to happen sooner rather than later if we’re not to be in a relegation battle later this season.

Are you confident that the side’s form will turn around soon?

Yes, you have to be as a fan. I think so, anyway. It’s easy to be despondent given our current points tally but our role is to support the club and be a positive force when we play. Of course we want better results and fast, but I don’t see any reason to press the panic button just yet.

Back-to-back home defeats against Manchester City, but there was almost a win over Chelsea at the Liberty Stadium. Will the team raise its game for this one?

Of course! On a personal level this is the fixture I look forward to most – because I fell in love with Swansea City as a little girl during the John Toshack era. The association with Liverpool in those days was significant and I’ve never made any secret of the fact that Liverpool are my second team. I expect the players to be very much up for the game. If we play like we did against Manchester City last Saturday, it’ll be a belter.

How are Swansea likely to line up? Who should Liverpool fans look out for?

I wonder whether our line-up will replicate last Saturday. I think that side deserves another chance to get it right. There were a lot of positives to take from the game, despite the defeat. Centre-back Federico Fernandez missed the match because of a minor groin problem, so he could return. He also became a dad this week to a baby girl named Valentina. There was a great picture of him asleep next to the baby – hopefully he’ll be fully rejuvenated if he does start!

Jack Cork got a stunning goal against the Reds last May and for me he’s one of our key players this season. He’s settled into our squad really well since he joined us from Southampton last year and he’s solid, dependable and a real workhorse in midfield. I’m a huge fan. He’s one of the first names I look for on the teamsheet.

Liverpool fans will know our new striker Fernando Llorente because he came from Sevilla and we spent a club record fee on Borja Baston. Llorente opened his goalscoring account for us last weekend and Borja, as he’s known, will be keen to do the same. He may well be on the bench again, but he’s a definite one to watch.

What kind of atmosphere can we expect? Will the early kick-off affect anything?

I know people say the early kick-offs can dampen the atmosphere, but my experience of them is always positive. It will be an early start for your fans travelling on the day, but hopefully they’ll have a decent journey. We won this fixture 3-1 last season, so the Jacks will be hoping for a re-run of the same quality and excitement. Don’t we have something like a 50 per cent win record against you at home? I expect a great atmosphere.

Which player in the Liverpool team worries you most?

Where do you start? Lallana, Coutinho, Firmino? And I read in one of the papers this week that James Milner is the player who’s contributed most to Liverpool’s attacking revolution – eight goals and 12 assists in the last year. He knows he’s a defender, right?! That’s pretty impressive. Adam Lallana certainly whets the appetite. He’s a very special player, but obviously I’m hoping he has a bad day at the Liberty.

Watch: The best of September Player of the Month Adam Lallana

As an outside observer, how have you rated the Reds’ start to the season?

You can’t help but be impressed. I love football and there is no way you can deny the fact that Liverpool have adopted a classy style of play under Jürgen Klopp. The passion on the pitch and off it is evident. I’m fascinated by the way managers manage players and he’s certainly one to study. The sense of ‘team’ has been obvious for all to see and he’s making sure his philosophy has a real impact. Contenders for the title, in my opinion.

Any tips for Liverpool fans attending the game?

Don’t underestimate the time it will take you. Getting into Swansea if you’re caught up in the matchday traffic isn’t easy – whichever direction you come from. Give yourself plenty of time and if you have some time after the match before heading home, head for the sea. Even if you only make it as far as Mumbles you can be sure of beautiful scenery and some decent places to eat and drink. And if you like ice cream, go to Joe’s – it is the best! (I’m not on commission – but I should be!)

My heart says it’ll be a draw – 2-2. My head says 2-1 to Liverpool. I don’t subscribe to the ‘unplayable’ label that’s been used a few times so far this season, but there is no doubt you’ve had a great start and you’re in fine form. But we are capable of containing you and if we manage that, who knows what can happen? I really hope it’s a great game – because it should be. And I hope my heart wins this one.