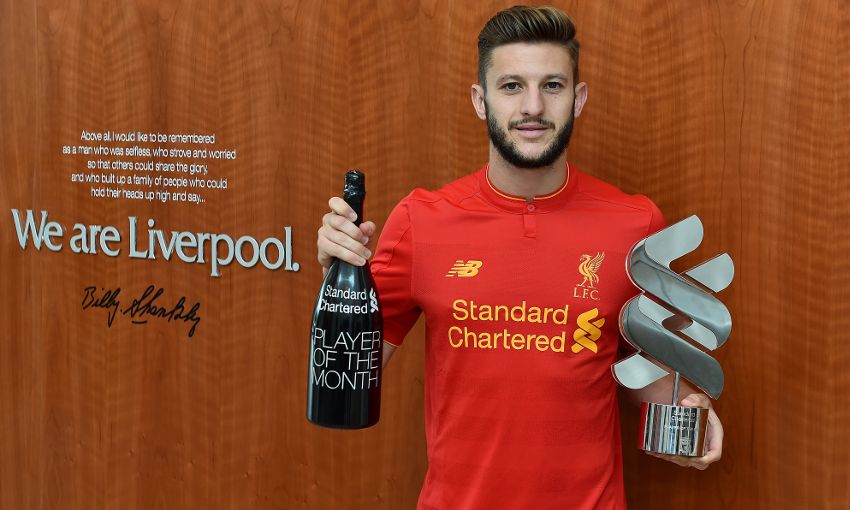 Adam Lallana collected the Standard Chartered Player of the Month award for September on Friday and admitted the winner could have been any member of the Liverpool team.

The Reds achieved a 100 per cent record with successive Premier League victories against Leicester City, Chelsea and Hull City, plus an EFL Cup third-round win at Derby County.

As well as his trademark work ethic and all-round contribution, Lallana chipped in with two goals and two assists for Jürgen Klopp’s team as they showed a ruthless edge in attack.

And while the No.20 was delighted to pick up the individual prize – as voted for by supporters in our online poll – he felt any of his teammates would have been worthy recipients too.

“It has been a great month. We have been very successful as a team,” he told Liverpoolfc.com upon collecting the Standard Chartered-sponsored honour at Melwood.

“It is nice to get the award but I think it could have gone to anyone in the whole squad. We have started the season very well – it’s great to see.

“The award could have gone to a number of people – we have been performing that well as a team. When you perform well as a team you are going to get players playing well individually.

“That’s what we want to happen.

“The squad is showing great signs of improvement from last season. We just need to be consistent and focus on the game on Saturday now, against Swansea.”

Lallana received 51 per cent of the vote from fans, seeing off competition from Sadio Mane and Philippe Coutinho to be named September’s top performer.

His satisfaction with receiving the award is overridden by his focus on replicating that form in the coming month, though, with a trip to Swansea City next on the agenda before an international break.

“With the early internationals, you get blocks of games and you can give yourself mini targets, which is good,” he added.

“But at the minute we’re focusing on Swansea and nothing but that. If you don’t get the result you want it’s a long two-week wait before the next game.” 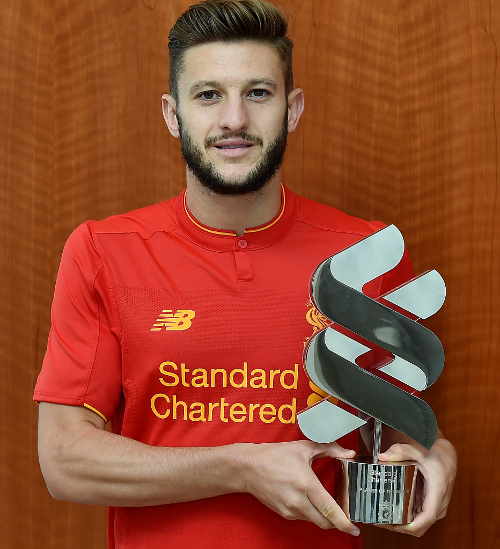