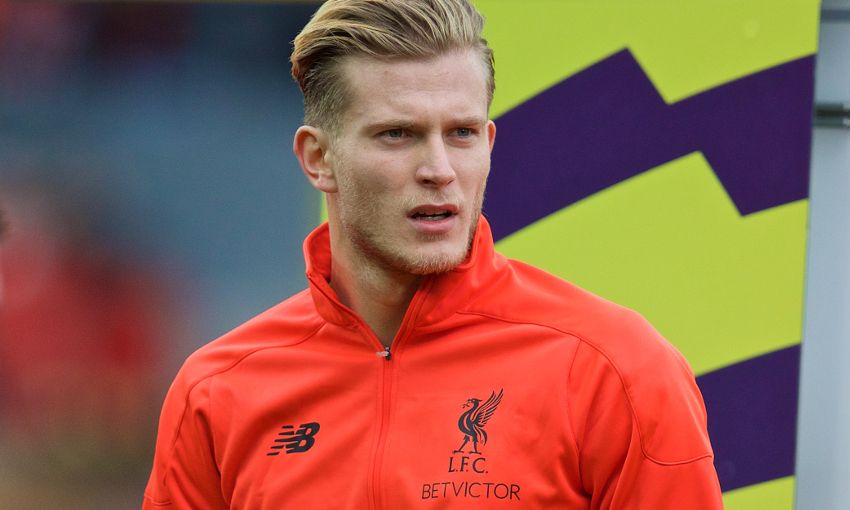 Loris Karius believes his ‘healthy competition’ with Simon Mignolet for a berth in goal can only be a positive for Liverpool as both ‘keepers push each other in the battle to be selected.

The German was handed his Premier League debut in Saturday’s 5-1 drubbing of Hull City at Anfield after a broken hand sustained in pre-season meant his start to the campaign following a summer transfer from FSV Mainz was delayed.

Jürgen Klopp confirmed in the aftermath of the victory over the Tigers that Karius would retain the gloves for Saturday’s clash at Swansea City, but the 23-year-old is refusing to take anything for granted given the rivalry he faces from Mignolet.

“That competition with Simon is good,” said Karius. “Obviously we train really well because we know we have a strong opponent.

“I think it is positive for us and for the club that we know we have to be at our best to play otherwise there will be another strong ‘keeper who is waiting.

“It is really healthy competition and we don’t have anything against each other. We try to help each other in training and we get on okay so there is no issue between us.

“The one who doesn’t play is going to be a bit frustrated but that’s football - the manager has to pick 11 players.

“The No.1 is just a shirt really. It was free when I came here so why not take it?

“But having that number doesn’t really help you. I think for people outside the club maybe it has a bigger meaning than it actually is.

“It is nice to have this number but it does not automatically mean you are in that position.”

Having moved from the Bundesliga to Anfield in May, Karius started Liverpool’s first five pre-season friendlies before breaking his hand against Chelsea in Los Angeles on July 28.

Nevertheless, the stopper completed his rehabilitation ahead of schedule in order to make his competitive debut for the Reds in last week’s EFL Cup win at Derby County.

He continued: “The beginning was a bit frustrating with the injury but I just tried to get fit, watch the team for the first few weeks and the healing process went really well and we were ahead of schedule.

“I was feeling good in training and I was happy to get my first start against Derby. I was feeling totally fine with no worries about the hand any more so I am 100 per cent now.

“I got told on Friday that I was playing. It wasn’t the busiest day for me against Hull but the team did a really good job and it was a good feeling to be in goal.

“I hope I can help the team. On Saturday it was easy. I tried to stay in the game but the team did a great job. I will try to be there if they need me more.”

That said, the Reds’ No.1 is fully aware of the importance of remaining fully concentrated throughout such contests.

“When we score a nice goal I am happy for the other guys and then I am a fan,” said Karius.

“But the only time I can really have a break is when we score or when there is an injury break otherwise you are focused.

“I’ve had games like that before but I will probably have them more here.

“I hope it is like this as that means we are playing really well but as a goalkeeper you always have to stay in the game because it goes really fast and you only need one shot on goal.

“I know it is a bit more physical here than in the Bundesliga but that is probably the only difference I’ve seen.”