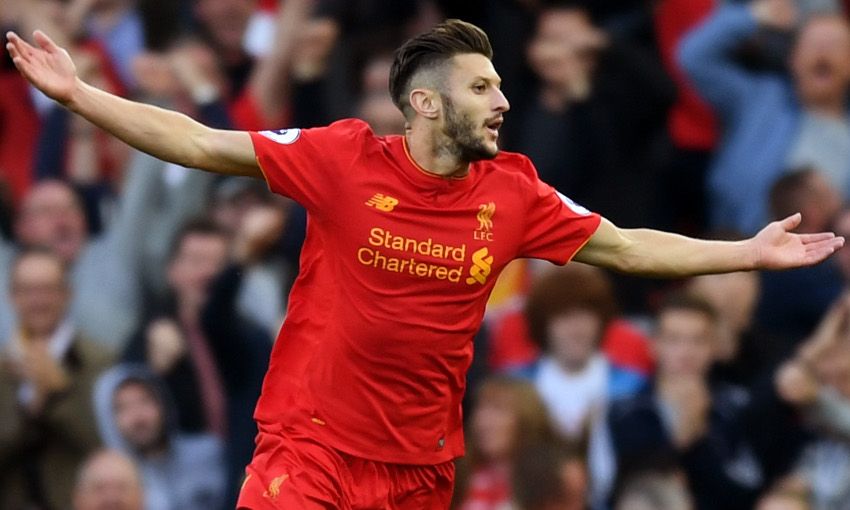 Jürgen Klopp has lavished praise upon Adam Lallana, sharing his belief that the in-form midfielder has been improving week on week during his time at Anfield.

The No.20 has been a key figure for Liverpool since the manager was appointed last October, with his willingness to press and ability to link play meshing well with the demands of the boss.

Even a move to a deeper midfield role this term has not disrupted Lallana's impressive form under the German, as evidenced by the two goals and one assist he has supplied in four Premier League outings.

Ahead of the Reds' latest league fixture - a trip to face Chelsea at Stamford Bridge on Friday - Klopp was asked for his thoughts on the contributions of a player who has been one of his star men so far.

And he was more than happy to talk up the Englishman, telling reporters: "Adam was, from the first second, important [to me].

"He was with the national team in October last year [when Klopp was appointed] and when he came back I was really waiting for him. It was like, 'come on, Adam Lallana'.

"I knew him from Southampton and I thought [he was] a really good player. To be honest, I didn't see too much from when he played for Liverpool but I knew from Southampton he was a brilliant player and all this stuff, so I was really looking forward to [meeting him].

"Since we worked together it's always getting better - it's good. He can play different positions, he's quick, he's mentally strong, he's a smart player.

"[He is] very important for the team - as a person and as a player.

"He's a nice guy, even as a neighbour! I have a few other neighbours, they are not that good as footballers!

"That's all I can say. Everybody who has the possibility to speak to him knows he's a very smart guy and he's really settled in Liverpool."