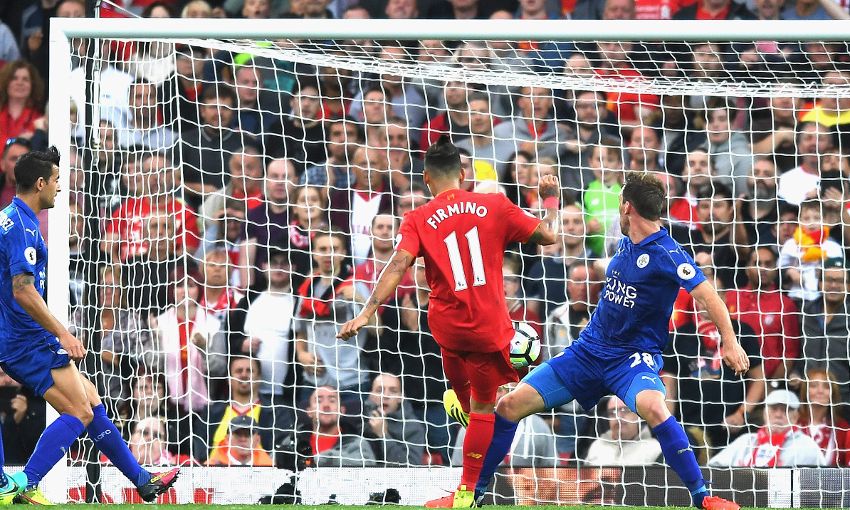 Anfield was looking much changed on Saturday as the new Main Stand opened for the first time in Liverpool's 4-1 victory over Leicester City – and eagle-eyed supporters also spotted another, more subtle difference…

The netting on the goals at the stadium were white in colour, changing from the red ones that had previously been in use since August 2012.

The more observant among you will have noticed the red nets were still in place as recently as Thursday night when the first team held a training session at Anfield.

However, following the workout, Jürgen Klopp and his backroom team asked ground staff to change them from red to white in order to make them more visible in the players’ peripheral vision - hopefully leading to more goals being scored by the home side.

With the majority of fans behind both goals wearing red, it was felt the previous coloured netting wasn’t as striking to the eye as white while in the thick of the action on the pitch.

Indeed, Liverpool last changed from red to white netting in 1995 for a similar reason when members of Roy Evans’ side spoke of the difficulty in distinguishing them in front of the backdrop of the Kop.

The white nets will remain in place at Anfield for the rest of the 2016-17 season - and hopefully the four goals scored against the current Premier League champions on Saturday is a sign of things to come...

Quiz: Can you remember the scorers of the last 18 Anfield hat-tricks?