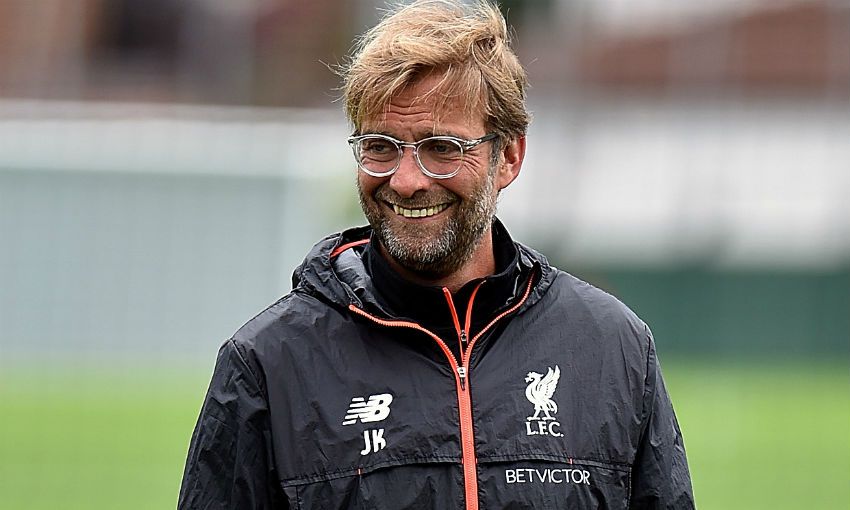 Liverpool v Leicester City: What the stats tell us

Jürgen Klopp has urged his Liverpool team to use the ‘power’ generated by the newly-expanded Anfield to their advantage against Leicester City.

The Reds host the Premier League champions in their first home game of the season on Saturday, with Anfield set for its biggest attendance in nearly 40 years thanks to the redeveloped Main Stand.

An extra 8,500 home fans will be present, with the stadium’s capacity having been lifted to just over 54,000.

Speaking at his pre-match press conference on Thursday, Klopp was effusive in his praise for the work done to expand Anfield while calling on his players to take inspiration from the additional support they will receive.

“The day before yesterday was my first time at Anfield since the Chelsea game [in May] and it’s really, really impressive,” said the boss.

“What they did there…outstanding job. I’ve got no idea how somebody could do something like this, but when you stand in front of it it’s really amazing.

“This is a good place, a good opponent, with the champions coming. It was really well deserved what they [Leicester] did last season.

“They’re still good, but it’s now another season. It’s our first home game and with 8,000 more in the stadium - that’s more power and we should use this.”

Liverpool, along with Arsenal, were one of only two clubs to beat Leicester in the Premier League last season, with Christian Benteke’s winner earning all three points at Anfield on Boxing Day.

Klopp expects Claudio Ranieri’s side to pose a threat on Saturday, but feels the Reds’ first home game of the campaign represents a ‘wonderful opportunity’ to get back to winning ways after their defeat at Burnley and draw with Tottenham Hotspur before the international break.

“Their one big strength is the counter-attack, they’re very direct. You have to prepare for this, it’s not about pressing in their build-up because they don’t give you that opportunity but they don’t defend that deep.

“They played last year here like this. One of their biggest qualities is that they stick to their plan. It’s not their only plan because they really can play football - give [Riyad] Mahrez the ball and it’s not a counter-attack then.

“They defend well and have a lot of good players, they’re good at set-pieces and throw-ins with [Christian] Fuchs. We know about it, we’ve had nearly two weeks to prepare and that’s what we did. We now have two days together and we will be prepared.

“We’re the only team to have three away Premier League games [to start the season] so now we start with a home game. After this first international break, this [four points] is our base and I think it’s a wonderful opportunity for us."