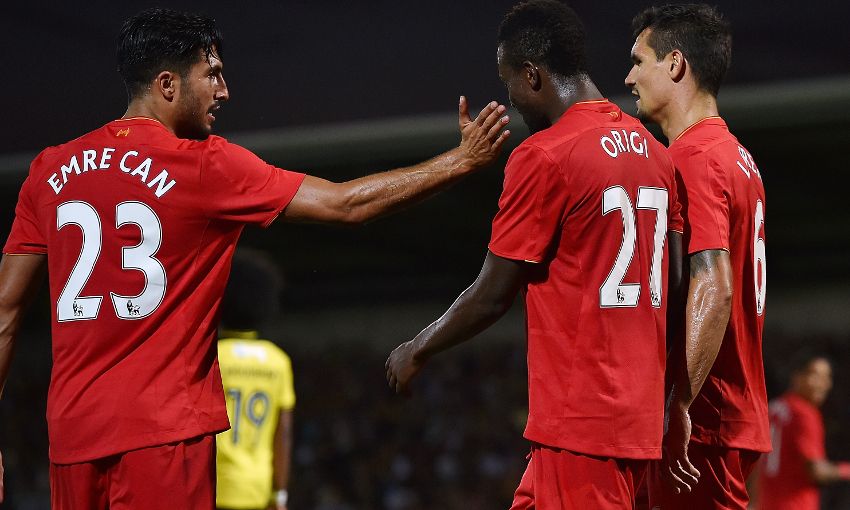 Emre Can and Divock Origi are doubts for Liverpool's clash with Tottenham Hotspur this weekend after suffering knocks in the EFL Cup win at Burton Albion on Tuesday.

Both players had come off the pitch by full-time at Pirelli Stadium as the Reds set up a meeting with Derby County in the third round with an impressive 5-0 result.

And the pair will need to be assessed carefully ahead of the team’s return to Premier League duty at White Hart Lane, Jürgen Klopp explained at his pre-match press conference.

The manager said: “There are a few players a little bit in doubt, of course. It’s not too serious.

“We had a game on Tuesday and the next game is in two days again, so we need to wait a little bit.

“Of course, it’s Emre – there’s nothing really serious in the ankle but it’s ‘his’ ankle if you want, where he had a few problems in the past.

“It shouldn’t be too long, for sure, but maybe too long for the Tottenham game, I don’t know in this moment.

“It’s the same with Divock. It’s nothing serious really. But if you have cramp, whatever the cramp exactly is because [there are] different levels, you need to have a look at it too. So it’s not for sure that they will be available.”