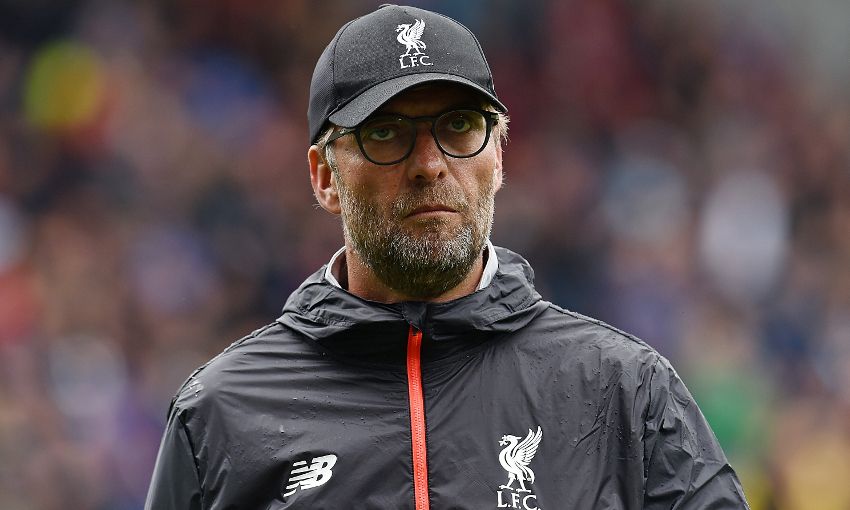 Liverpool's failure to turn their dominance of possession into goals proved decisive in their Premier League defeat against Burnley, according to Jürgen Klopp.

Despite having 80.6 per cent of the ball and 26 shots during the clash at Turf Moor on Saturday, it was the home side who took the points courtesy of first-half strikes by Sam Vokes and Andre Gray.

It was a first defeat of the season for Klopp’s side, who were unable to recreate the lethal attacking exploits that had brought a victory at Arsenal last weekend.

“[Possession] is what we did well, but in the end you have to use it,” the manager said at his post-match press conference.

“It’s not allowed that you suffer under your own ball possession, that makes no sense. It’s not that we didn’t want it – six or seven times Phil [Coutinho] alone was in the right position to shoot.

“In England you use the word ‘clinical’ – in a lot of situations I saw we were clinical but even then we didn’t score. That’s how it is and we have to accept it.

“I will watch the game again and I am pretty sure I will not see a lot of surprises in this game, I saw everything. When we conceded the first goal, we had a lot of time to win the game.

“Even at half-time I felt there was still a possibility to do it. In the last moments, we were not where we should have been and that was a little bit of the problem, in the box, around the box.

“I saw crosses – really good crosses – when nobody was in the box. I saw shots when the whole box was full.

“Our timing and decision-making today was not really good. It might have been forced by the result and by the passion of the opponent, but it is how it is.”

Liverpool were camped in the Burnley half for most of the second period but clear chances were at a premium and they could find no way past a stubborn Clarets defence.

By contrast, the home side seized upon their opportunities, with Vokes smacking in the opener inside two minutes and Gray later doubling the lead at the end of a counter-attack.

Klopp said: “We saw the situations coming around the goals. It doesn’t mean that you should concede goals in these situations.

“We could finish the analysis pretty quickly and say ‘OK, we lost 2-0 so why would we want to talk about it? Or what you saw is not important because it’s not allowed to lose here 2-0.’ But, of course, that’s not the way I do it.

“It was a difficult game for us. We lost the ball in the wrong moments, in open moments, counter-attack and counter-pressing.

“Around the first goal, it was a counter-attack and around the second goal, 2-0. The first half was not for drawing self-confidence – we lost a little bit of timing and patience and all this stuff.

“It was not the best timing in offensive situations, really not good. [There were] one or two little counter-attacks of Burnley, that’s it.

“We lost in a game in which we had in both halves about 80 per cent possession. But there are different ways to play football, that’s absolutely OK.

“I respect this but usually in a game like this, we win, if we don’t make mistakes in the wrong moment. But we did. Now we have to accept the result and carry on.”