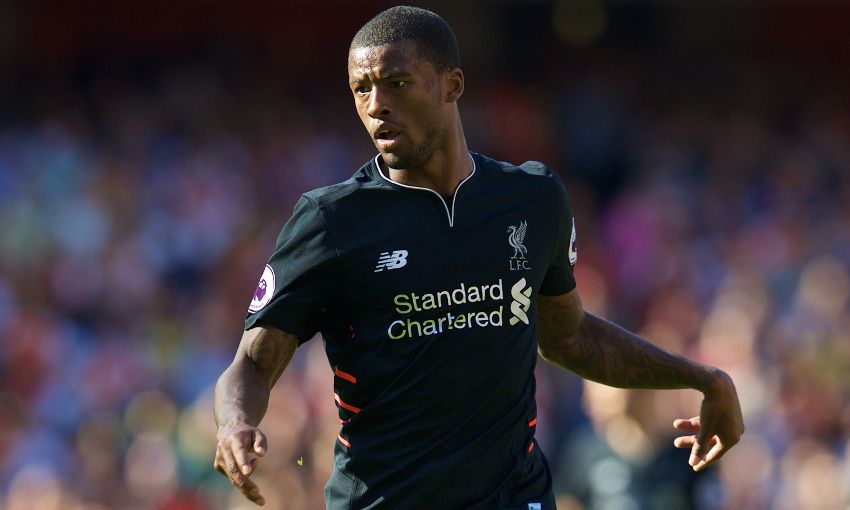 Georginio Wijnaldum has worked with Jürgen Klopp for less than a month at Liverpool but already knows his new manager is unlike any other he has come across.

An intense pre-season schedule has allowed the midfielder, who made the switch to Anfield from Newcastle United this summer, to quickly familiarise himself with the German's unique approach to management.

It is Klopp's enthusiasm and faith in his players that has most struck Wijnaldum during the early stages of his Reds career.

And the Dutchman believes it is those two qualities that make the former Borussia Dortmund coach the perfect man to take the club in the right direction.

"You experience it in a meeting, how he talks, the way he coaches from the sidelines - with a lot of passion," he explains in the latest edition of #LFCWORLD.

"You can see that he believes in the team and he wants to get the team to a higher level. I think he's the right man to achieve things with the club and the team that we have right now.

"How he talks with players gives you belief and confidence, and that's what we need. He forces us to use our quality and that's good.

"He gives us the confidence not to be scared to make mistakes and when he talks about the team or the players, he says that we have to use our quality because he knows we can. That gives you a good feeling.

"If you see how he coaches, how he looks at the game, it's different to all the other coaches I had. I've seen a lot, but none like him."

Watch the full interview with Wijnaldum and Joel Matip in #LFCWORLD

Wijnaldum may be in the early stages of his time on Merseyside, but he is already au fait with the weight of history that comes with representing the Reds.

The 25-year-old is unperturbed by such lofty expectations, however, and is out to write a fresh chapter in the club's rich history.

"I want to win titles. Liverpool is a club with a beautiful history, but we have to make new history and we can do it with titles and winning games," he added.

"That's what I want to do here. We have a good team, really talented, and if we work as a team I think we can achieve a lot of things.

"A club like Liverpool deserves it. The players before us already wrote history and now it's on us to write more.

"I think we can achieve a lot of things with the team because the team is very talented. We have to believe that we can do something, that we can win titles.

"And if we can do that I'm sure it will be a big opportunity for us to win things - that's what I want to achieve with the team.

"Liverpool is a big club and you have to do everything to write history with them, that's what we have to do this season. It's not easy, but it's not impossible."

LFCTV GO subscriber? Watch the full interview with Georginio Wijnaldum and Joel Matip in the latest edition of #LFCWORLD by clicking here.