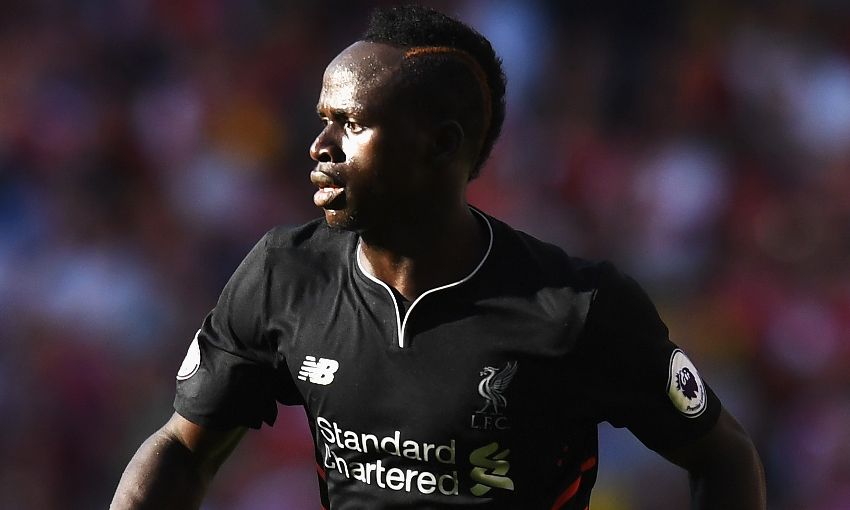 Jürgen Klopp has confirmed he doesn’t believe Sadio Mane’s shoulder problem is a serious one – and revealed better news on the fitness of James Milner, Daniel Sturridge and Lucas Leiva.

Mane sustained a knock in training on Wednesday and was taken to hospital for a scan as a precautionary measure, which revealed a muscle injury.

Klopp admits the Senegal forward is a doubt for Saturday’s Premier League trip to Burnley, but doesn’t anticipate a lengthy stint on the sidelines for the summer signing.

“It was a situation, a challenge between two players up in the air, coming down and then Sadio fell on his shoulder but it’s not that serious,” the boss told reporters at Melwood.

“In this moment, I have no idea if he could be available for the weekend or not, but I don’t think it will take a long time. It would have been better without this situation, but things like this will always happen and you cannot avoid this.

“In the first moment it was not too good, but meanwhile I think it is all OK.”

Elsewhere, the Reds welcomed back Milner and Sturridge into full training this week ahead of the journey to Turf Moor after they sat out the Premier League opening-weekend victory at Arsenal.

Lucas Leiva has also stepped up his rehabilitation programme as he recovers from a hamstring issue, while Mamadou Sakho continues to edge closer to full fitness.

Klopp continued: “In full training [we have] Millie and Daniel. Lucas is on a good way and made the warm up with us and then we let him do something else. Maybe today he is in team training, we will see.

“Mama is in a better way, not part of team training but is not too far away from it, so that’s good.”

As Liverpool’s injury list decreases and players who returned to pre-season training later continue to enhance their fitness levels, Klopp admits he will have plenty to consider when deciding his line-up for the clash with the Clarets.

“Emre Can came later in the pre-season, but as everybody could see when he came on [at Arsenal] he is in a good way,” said the manager. “Daniel Sturridge is back. Divock Origi came later in the pre-season but again is getting better and better. He was not in the line-up, but he could be in the line-up - the same for Joel Matip, who had little injury issues, and Millie is back. He missed maybe eight or nine days but is always in good shape physically, so I don’t think he lost a lot. He is an option, like a few other players too.

“My job is to watch through the week who gives me which signs and then I will make the line-up. The last game is one thing I think about, of course – it’s important but not the only thing I should use for my decision.”

The forthcoming fixture will see Liverpool taking on the former club of Danny Ings, who featured – and scored - for the Reds’ U23s last Sunday as he continues to work towards reaching peak condition following a lengthy lay-off.

Klopp said: “I like Danny. I talked to him and I told him last week that in my opinion it makes more sense that he collects game time, that he can play – as he did, he scored a goal, all good.

“But the situation here is like it is. You can ask me about it, or you already know about it. We don’t have a big problem at this moment – and hopefully it stays like this - on strikers.

“We need to work, every player needs to work and be available and then I have to make decisions, that’s how it is. Show me your best and I will make decisions. The most comfortable situation for me would be that the decisions are really difficult to make.

“It’s pretty possible, and hopefully it stays like this, that I have to make on Friday really difficult decisions because no-one has given me a sign that they don’t want to be involved. That’s a manager’s life.”