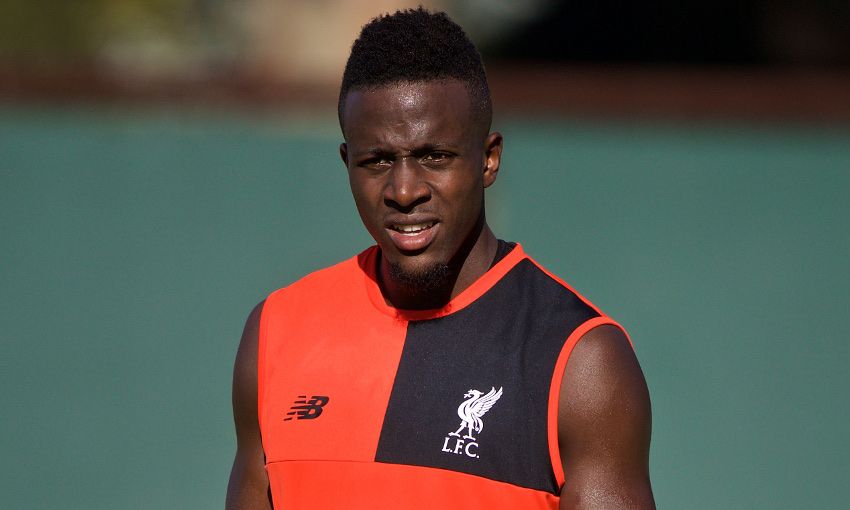 Getting to Know: Georginio Wijnaldum

The start of the typically gruelling pre-season training schedule can be a daunting prospect for any professional footballer.

But for Divock Origi, his excitement at linking back up with his Liverpool teammates has outstripped any trepidation over the hard work that lies ahead.

The 21-year-old and his two compatriots Christian Benteke and Simon Mignolet brought an end to their extended breaks yesterday as they returned to training with the Reds for the first time since heading to Euro 2016 with Belgium.

And the enthusiastic young striker is evidently glad to be back in the fold.

"The first day has been good. I met up with the players, met the new lads, and I can see that everyone is smiling despite the high intensity of the sessions and that’s a good thing," he told Liverpoolfc.com.

"I am excited to catch up with the guys. I’ve met the new lads and they’re all good guys. I can tell they’re all happy to be here. It’s our job to make them feel at home because Liverpool is a family.

"Pre-season is always tough, but it is nice because you know that this is your base for the season. You want to work hard to be ready for the season."

The arrival of Origi and Benteke in the United States means Jürgen Klopp now has his full complement of strikers in training.

The aforementioned Belgian duo must battle with Roberto Firmino, Daniel Sturridge and Danny Ings to secure a starting berth in the centre-forward position next term.

As ever, though, the Reds' No.27 is only seeing the positives.

"We are at a big club and that is one of the challenges of being at a big club – that is what pushes you to go higher," he added.

"We have to push each other and support each other so we can achieve that.

"It’s the reason I came to Liverpool, to have challenges. We all have qualities but we have to unite together and show we can do great things together. It’s a good squad and we have to work."

It is two years since Origi travelled out to the States to complete a move to Liverpool before he was then loaned back to Lille for a season.

The Belgium international has since made a big impact in his first full campaign at Anfield, and says he has fallen in love with the club during a period of marked personal progress.

"To be honest, it’s gone very quickly. I am very grateful to everybody," he enthused.

"After the World Cup, I got the chance at 19 years of age to play at a high level and sign for one of the biggest clubs in the world.

"Before you come here, you don’t really know what it means but afterwards, I fell in love with the club.

"I think I’ve progressed a lot and I know there’ll be ups and downs this season because I am still young, but I am ready to progress and help the team."