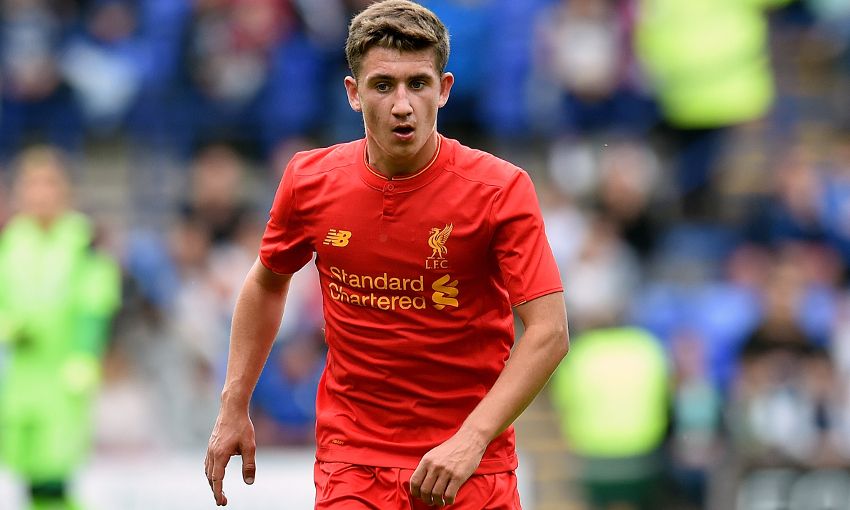 The question has barely been completed before Cameron Brannagan expresses in one word just how important Liverpool's pre-season games are for him this summer.

“Hopefully I can work my hardest in the games and in training and try to prove what I’m about. The gaffer is watching and I might get a chance this year.”He is by no means starting from scratch at senior level, having debuted for the first team as a substitute in the Europa League clash with Bordeaux last September.

More opportunities came the 20-year-old’s way following Jürgen Klopp’s appointment as manager – eight to be precise, including in the Premier League, FA Cup and League Cup.

Brannagan was named in the starting XI for Friday’s opening friendly of pre-season, at Tranmere Rovers, and showed the assurance and maturity in possession that has brought him this far.

He will likely feature again when the Reds face League One side Fleetwood Town tonight, in the second of nine warm-up fixtures scheduled for the coming weeks.

And the Academy graduate understands why it is crucial to catch Klopp’s eye ahead of the new season, especially with such strong competition to play in fewer games this term.

“There are a few lads up here this year, some of the younger lads are here, the older bunch as well and some of the players who were out on loan,” Brannagan explains.

“Everyone is dying to impress the manager; he is the new manager and everyone is keen to get going.

“You can see that in training with everyone working so hard, especially with the running we’re doing – everyone is running their socks off.

“To get fit and to be able to play to your best potential, that’s what you need to do.

“Being fit helps you do that, especially at the end of games when it’s hard and you can dig out a result. It’s always good to show the manager at that time that you’re still ready to go.”

While many of his peers have ventured out on loan in search of game time and experience in recent years, Brannagan’s development has been within the club.

But he is open to the prospect of a temporary switch elsewhere, if suggested by the manager, and his belief in hard work bearing fruit will be retained wherever he plays his football.

“I’m only a young lad and loans are a big thing at my age – going out and experiencing what it’s like to play,” the midfielder adds.

“I don’t really know what I’ll be doing yet; I’ll speak to the gaffer about it in my own time and when the gaffer wants to speak to me, I’m happy to talk about it.

“But I’m just going to keep training and working hard, and when the games come try to impress the manager as much as I can. That’s my aim this year – train hard and work hard and see where it takes me.”

Watch the friendly against Fleetwood and every kick of pre-season by joining LFCTV or LFCTV GO – click here for more information and to sign up now.