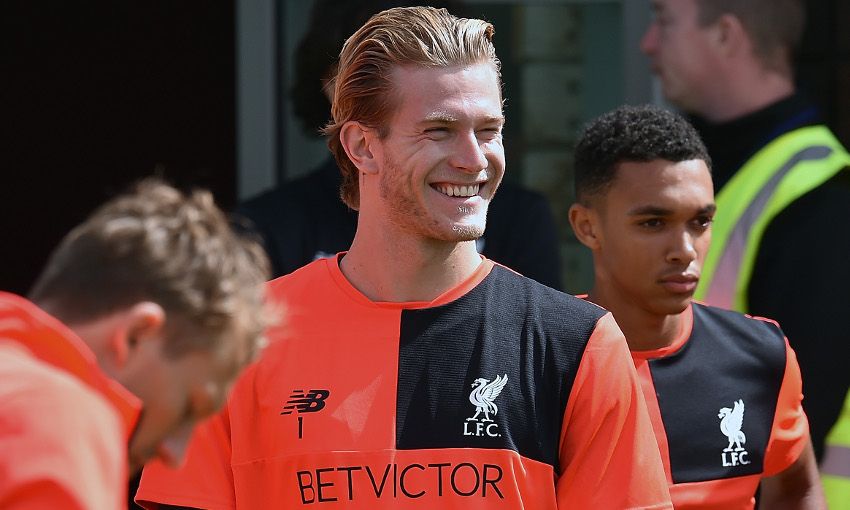 Loris Karius has made a positive impression at Melwood during his first week as a Liverpool player, according to goalkeeping coach John Achterberg.

The 23-year-old, who joined the club from FSV Mainz 05 in May, is eyeing a debut when the Reds face Tranmere Rovers in their first pre-season friendly of 2016-17 tonight.

It's a game that you can watch exclusively live on LFCTV and LFCTV GO - click here for more details on signing up.

The man who has worked most closely with Karius in the early stages of his fledgling Anfield career has been sufficiently impressed thus far.

"He is pretty confident in his ability, he's calm, has good reactions and reads situations well - so it's all positive," Achterberg told Liverpoolfc.com.

"You watch a lot of videos on the boys before they come in and when they arrive, in training we try to do everything that's needed.

"You look at the good things, things that could be better and then you talk to him and the manager and that's how it works."

Unlike many of his teammates, Karius is starting anew in terms of learning what his manager expects from him with regards to tactics and approach.

But Achterberg is hopeful that the regular training sessions undertaken by the squad during this period of preparation will make for a well-drilled team come the start of the season.

"The most important [thing] is the training, so they get all the ideas of how we want to play and what the roles and responsibilities are for each individual in their position," he added.

"That's what we've been practising on the training pitch, that's what we'll do in the next few weeks, and hopefully we can bring it in the friendly games to make sure it all works perfectly."

The Dutchman also revealed how Jürgen Klopp was keen for this summer's friendly fixtures to get progressively more challenging for his players.

He said: "It's just for the boys to get the first workout and the game fitness in, really.

"The boss asked us for [the opposition to] build up from the Conference to the Championship, so we discussed with him the teams and what was possible and from there we set the pre-season programme."