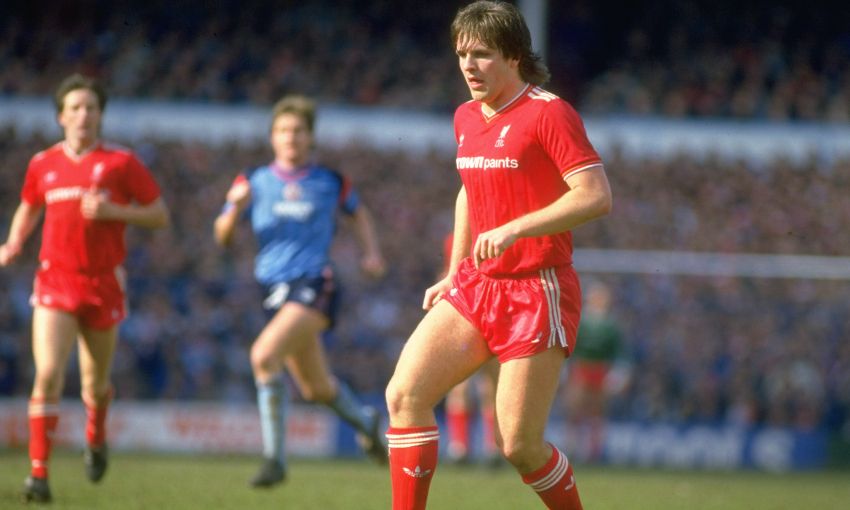 June 9: Which players are Liverpool being linked with today?

Whenever you cast your mind back to some of the key moments of the iconic 1985-86 double season, a certain larger-than-life character stands out more than most - and he even had a Scouse accent to go along with his class on the field!

Jan Molby emerged from the shadows of a difficult debut campaign at Anfield to become known as the Reds’ Great Dane under the management of Kenny Dalglish.

The midfielder elevated Liverpool’s passing range to a whole new level, was the king when it came to penalties, and ended the season with a Man-of-the-Match display in the FA Cup final against Everton.

If that wasn’t enough, he also scored the goal of the season with his incredible effort in the Milk Cup against arch-rivals Manchester United in front of the Kop.

As we look back on the double 30 years on with a brilliant feature-length documentary on LFCTV GO - ‘Double Winners ’86 – On The March With Kenny’s Army’ - we are reflecting on the triumph with some of the key men.

Molby, undoubtedly one of the central figures, credits Dalglish with turning around his Liverpool career for the better - although he admits he did have some concerns when the club appointed the Scot as their first ever player-manager.

“It was a total surprise to me because I had never heard the expression ‘player-manager’,” Molby told Liverpoolfc.com.

“Coming from mainland Europe, and having played in Holland and Denmark, I didn’t think [player-manager] existed because you had a coach or a manager who certainly didn’t play.

“It was a totally new experience and I did wonder how it was going to work. I wouldn’t say in my first season at the club in 1984-85 I was a close friend of Kenny’s, but of course he is a teammate and you know him.

“All of a sudden he was now my boss and I was thinking how is this going to work out because he has no [managerial] experience. He had a very experienced backroom staff but on so many different levels it was a massive gamble.

“I was struggling with a lot of aspects of the English game in my first season but Kenny had seen something in me - and I think that saved my time at Liverpool, it’s a straightforward as that.

“In those days we didn’t have massive squads and it wasn’t accepted not to play. I was under pressure because Denmark had qualified for the World Cup for the first time. We had a lot of good players in that squad and the coach had said to me I wouldn’t be going to Mexico if I wasn’t going to play for Liverpool.” 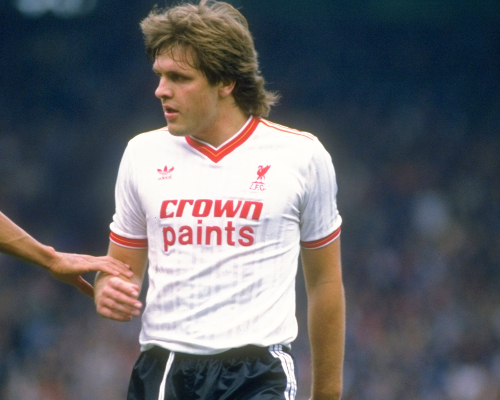 In terms of the key games that helped the Reds land the title, in Molby’s eyes, a fixture at The Hawthorns on April 19, 1986 is one that stands out.

More so even than a victory over Leicester City that came on the same night rivals Everton lost to Oxford United.

He explained: “I thought the most nervy game was West Bromwich Albion away. We won 2-1 and that was probably the one when you felt this was going our way. It was a difficult game and we didn’t play particularly well but we won.

“I know a lot of people mention the Leicester game, but that was down to Oxford United, who beat Everton 1-0 on the same night we won at Filbert Street. That gave us the opportunity to go to Chelsea in the last game and win the title.

“I remember that night coming back from Leicester. Me and Rushie went for a drink afterwards and there were a few Evertonians in there and we said we were going to do it!”

After the title was clinched there was then the small matter of trying to overcome Howard Kendall’s Blues again at Wembley.

“I knew it was going to be extremely difficult,” said Molby.

“I hated playing against Peter Reid and Paul Bracewell because they never give you an inch and you knew it was going to be a physical battle as well as a mental challenge.

“From a personal point of view I knew it was going to be about massive concentration and waiting for your moment, if indeed your moment would arrive.”

On the day, Dalglish’s charges went 1-0 down when Gary Lineker beat Alan Hansen to fire home the opening goal for the Toffees.

Real strength of character was needed for the Reds to bounce back and ensure the double was achieved.

Molby continued: “We didn’t play well enough in the first half to give the impression we were going to win the match. That wasn’t necessarily us playing badly and it was just because they were in control. 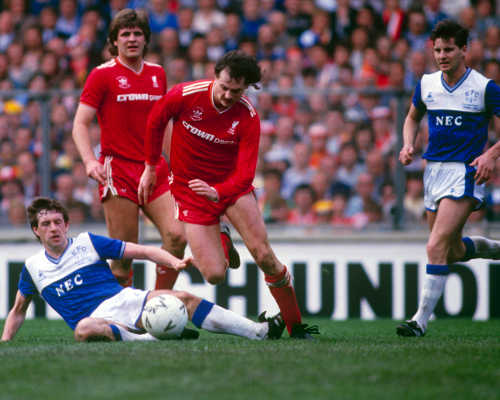 “They used their qualities and they were very compact and made it very difficult for us, so at half-time there was no indication of what was to come.

“The overall feeling at half-time was to just stay in the game. We were only getting beat 1-0 and we knew if it goes 2-0 then it’s over because you don’t come back against this very good Everton team.

“The [key moment] of staying in the game was Bruce Grobbelaar’s save from Graeme Sharp’s header, and then of course after that there is often a mistake down the line. Unfortunately for Gary Stevens his pass went straight to Ronnie Whelan. That caught them slightly off balance and gave us the chance when Rushie equalised.”

Molby had a hand in all three goals and, when asked if that display at Wembley was his best in a red shirt, he admits it is hard to disagree with the sentiment.

He added: “The bigger the game and the better you are playing then the more impact you have on the eventual result and the more it’s going to be remembered.

“You could play better in lesser games that were never shown on TV but this was the ultimate. In those days the FA Cup was, I believe, bigger than the European Cup final.

“I also knew the whole Denmark squad was in the hotel after their training camp watching the game. All those things matter.

“Also you want something for yourself whether that is a goal or something where people will go, ‘I remember that!’ I certainly think I achieved that in the second half."

In terms of just how good a team the 1986 vintage was in comparison with other sides from the club’s illustrious past, Molby feels it doesn’t get the credit it deserves.

“Possibly not. There are other teams in the history of Liverpool Football Club that would have been better – the 1987-88 team is certainly one of them,” he pondered.

“But we had a togetherness, we had a belief, we had a mentality of just getting the job done. There was a lot of tight games in the season but tight games that went our way.

“There are a lot of players from that 1985-86 team you wish could have been given more credit.

“The problem is though you are up against the history of Liverpool and we have had so many great players in all positions. Sometimes there just isn’t the room to mention all of them.”

‘Double Winners ’86 – On The March With Kenny’s Army’ relives an unforgettable season and features the likes of Hansen, Dalglish, Molby and more.

Narrated by ITV Football's Clive Tyldesley, the 86-minute film can be seen by subscribers now. Click here to find out more about how to subscribe to LFCTV GO. 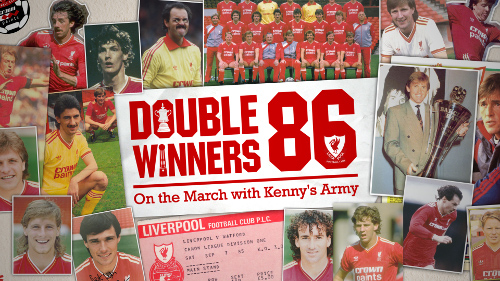