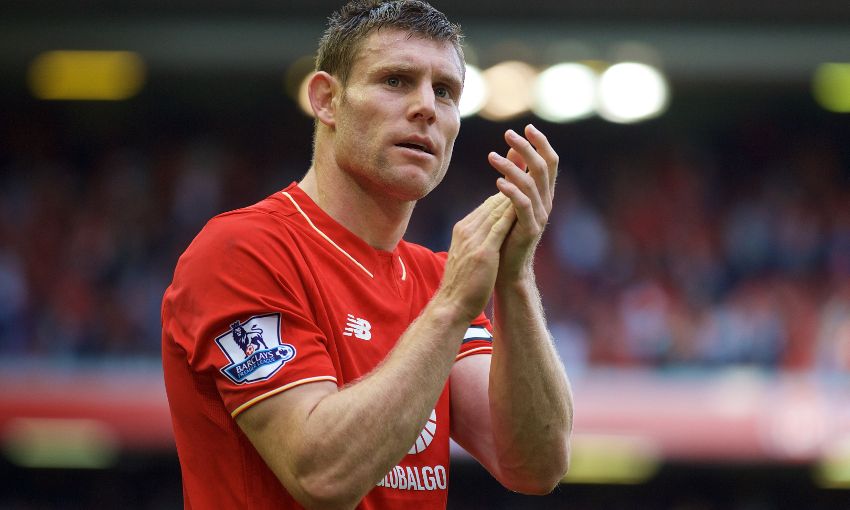 A wall in the reception at Melwood proudly displays the major trophies amassed by Liverpool to date – and James Milner wants to ensure it must be changed this summer.

With Jordan Henderson only just returning from injury, the No.7 may be tasked with leading the Reds out in Basel tomorrow night as they face Sevilla in the Europa League final.

The prospect of silverware was one of the draws for Milner to join the club last summer, and defeat in the Capital One Cup decider against his former team, Manchester City, has merely increased that desire.

“Ultimately, it’s about winning trophies,” he explains in a special interview with former Liverpool midfielder Dietmar Hamann, which is available to watch in full below via LFCTV GO.

“You know that yourself when you finish your career, it’s not about how many times you played in the Champions League – it’s about winning medals and titles.

“We’d like nothing better than to have someone in the Melwood reception over the summer changing the number of trophies won up on the wall.”

A season’s worth of hard work in the Europa League culminates with Wednesday’s showdown against a team who have secured the honour in each of the previous two editions.

Having emerged from a tricky group, Liverpool were handed tough tasks at every turn in the knockout rounds – Augsburg, Manchester United, Borussia Dortmund and Villarreal.

With Jürgen Klopp championing the tournament ever since his appointment, the Reds have embraced its challenges and demands, but now want to seal the deal.

Milner says: “It does seem a long way off when you’re playing on frozen pitches in the group stages, like we have done, and getting through the group.

“I think if you can go on and win then it makes it that all the more special – the amount of games, the places you’ve been to.

“But if we can finish the job, then it’s an incredible tournament to win – the glory of winning a title, but also the chance of playing in the Champions League and the Super Cup after that. It’s a massive thing to win.”

'Dortmund comeback made us believe'

While the incredible atmosphere created at the outset of the home clash with United perhaps ignited the Reds’ charge, it was the unbelievable comeback win over Dortmund that made success seem truly plausible.

Milner adds: “It would probably have to be Dortmund, wouldn’t it? I think drawing them was always going to happen, with the manager.

“When the draw came out, most of us were in the treatment room and we just knew what was going to happen. The reaction was one of excitement, but you know that you have to beat the best teams to get there.

“Beating Dortmund and Villarreal, as well – they’re a top team and fourth in La Liga and we know how strong that league is, so it shows what a good team they were.

“Some people have talked about Villarreal not being as strong as they thought but I think that was down to more how well we played and nullified their threat.

“To beat those teams to get here and the moment after Dortmund, you do think ‘is it our year?’ But it’s easy to put those games and moments to waste if you don’t go and do the job in the next game.

“And luckily enough, we did that. [It was] disappointing to concede late in the first [leg of the] semi-final and that would have been easy to be disappointed and throw us off.

“But I think [in the] second leg we performed really well, a really professional performance – and didn’t give them too much of a sniff at all. It’s a dangerous score if they get one, it can change everything.

“I thought it was a great performance and it would be a shame to waste that night against Dortmund by not going on and winning the trophy.”