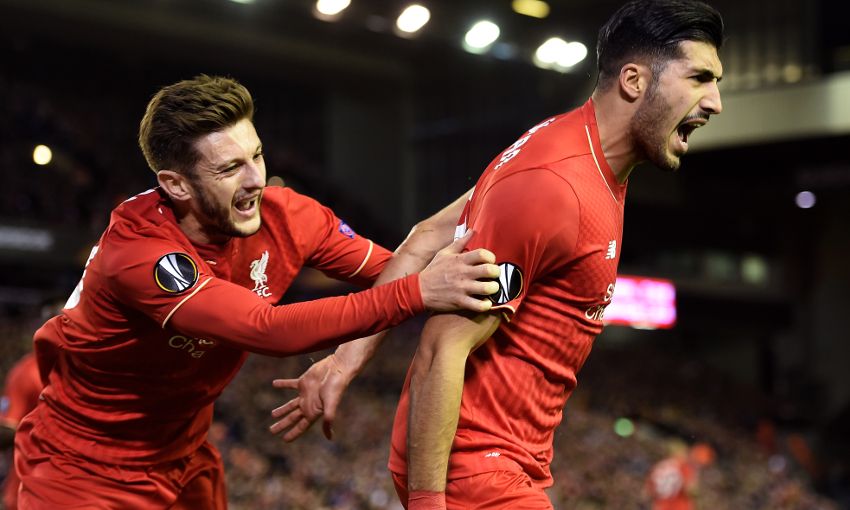 12 interesting facts and figures about the Europa League final

For Emre Can, Liverpool's hopes of winning the Europa League on Wednesday night rest largely on one key factor – whether they're able to show exactly what they're capable of once more against Sevilla in Basel.

The Reds' road to Switzerland has been a memorable one, with Manchester United, Borussia Dortmund and Villarreal among the teams vanquished along the way.

When they walk out onto the pitch at St. Jakob-Park later this week, they'll do so knowing they're taking on high-calibre opposition yet again – but Can feels if Jürgen Klopp's side can match the standards they've set themselves in previous rounds, the trophy will be heading back to Anfield for a fourth time.

The German told Liverpoolfc.com: “I think everybody is training hard for a game like this.

“I will give my best, the team will give its best and then we want to win the game and hopefully we will do it.

“Maybe it's the most important game [of my career] against Sevilla because I've played just one final against Manchester City, so it's the biggest game for me.

“Sevilla know how to play in the Europa League. They've won the last two Europa League titles, and so it will be a very tough game, but if we show what we are able to do as a team then we can win the final.”

Liverpool have already tasted disappointment in a final this season, when they were edged out by Manchester City on penalties in the Capital One Cup showpiece at Wembley in February.

However, the emotions felt in the aftermath of that defeat can be used to the Reds' advantage on Wednesday night, Can believes.

“It was very, very disappointing to lose that final,” he said. “But I think we can use it as a team on Wednesday.

“It doesn't feel good when you lose the final – and so obviously that's why we want to win this final.

“We've played very well in the last few months. We have a very, very strong squad and next year we will go again and our target is to win [more] titles.”

Should Liverpool lift the trophy in Basel, it'll ensure they qualify for the 2016-17 Champions League – an important factor, but not as crucial as winning silverware, insists Can.

He said: “I think it's very important and we want to play next year in the Champions League, but the first thing is that we want to win the final.”