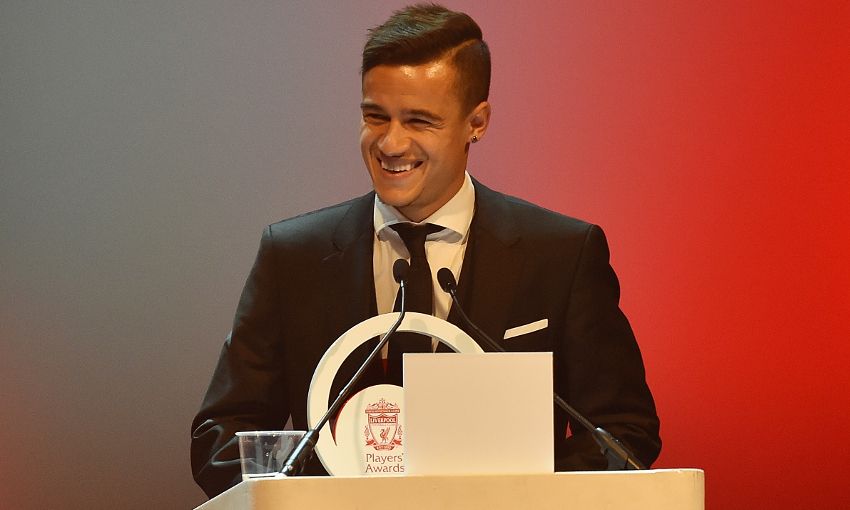 Philippe Coutinho was the stand-out winner for the second year running at tonight’s annual Liverpool FC Players’ Awards, held at the Exhibition Centre on the city's iconic waterfront.

Just as he did in 2015, the No.10 walked away with four awards once again, including Goal of the Season for his spectacular finish against Manchester United at Old Trafford in the Europa League tie in March and Performance of the Season for an outstanding showing at Manchester City back in November.

Former Anfield great Steve Heighway was awarded the Lifetime Achievement Award for his services to the club over the last five decades. The trophy was presented by Robbie Fowler and chair of the Hillsborough Family Support Group, Margaret Aspinall.

Winners of other accolades on the night included…

Bill Shankly Community Award – awarded to the person who has shown commitment to their community through supporting local projects and activities or by selflessly giving their time to help others: Marie Rooney from Anfield Sports and Community Centre.

Supporters’ Club of the Year – awarded to the official Liverpool Supporters’ Club that has consistently represented Liverpool FC to a high standard, brought fans together and helped support the LFC Foundation and other local charitable causes: Gauteng, South Africa.

Staff Recognition Award – for a member of club staff who is dedicated to Liverpool FC and upholds the Liverpool way: Terry Forsyth.