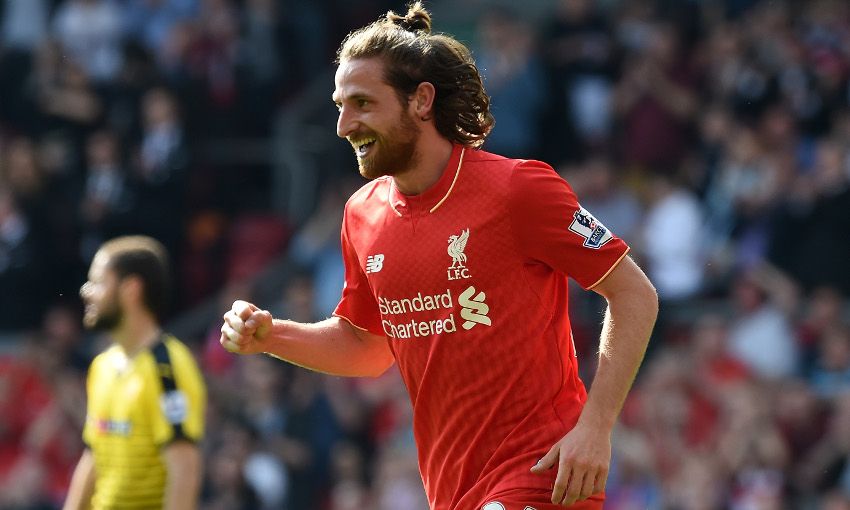 Joe Allen hailed Simon Mignolet as a key figure in Liverpool's 2-0 win over Watford on Sunday, highlighting a save the goalkeeper made when the Reds were just one goal ahead as a crucial moment in their eventual victory.

The hosts had carved out their slender lead in the first half, when Allen met a Christian Benteke knockdown in the box and diverted the ball home.

But that advantage came under threat in the second period as Odion Ighalo received the ball 12 yards from goal and worked the space to shoot with a clever drop of the shoulder.

The striker was denied by a brilliantly athletic save from the Reds' Belgian shot-stopper, though, and Allen believes that contribution was just as important as his opener.

"It's great to get on the scoresheet, and it helped us on our way [but] I think a lot of credit has to go to Simon," he told Liverpoolfc.com.

"[He made] a great save at 1-0 and it allowed us to go on and get the second goal. We were comfortable from there on in.

"In recent games he's pulled off some great saves and I think he's shown how important he is to us."

The 26-year-old was also pleased to see a line-up showing eight changes from the midweek win over Villarreal keep up the team's momentum with another victory.

"We wanted to make sure that we didn't drop our levels," he added.

"We were able to freshen things up with some new bodies coming in, and thankfully we had enough to get the win."

Last week's success against the Spaniards has teed up a trip to Basel to face Sevilla in the Europa League final on May 18.

And Allen stressed the importance of the two Barclays Premier League fixtures that precede the cup clash in terms of vying for places and maintaining a positive run.

"People have asked is it difficult with the final looming but everyone understands that these games are hugely important," he continued.

"[We're] picking up points in the league but also they enable us to gain momentum and confidence going into [the final].

"We're looking forward to the next couple of games before the final. Every time you get out there and play, it's an opportunity to compete for a place.

"Everyone's excited for that game and wants to do everything they can to get in the team."