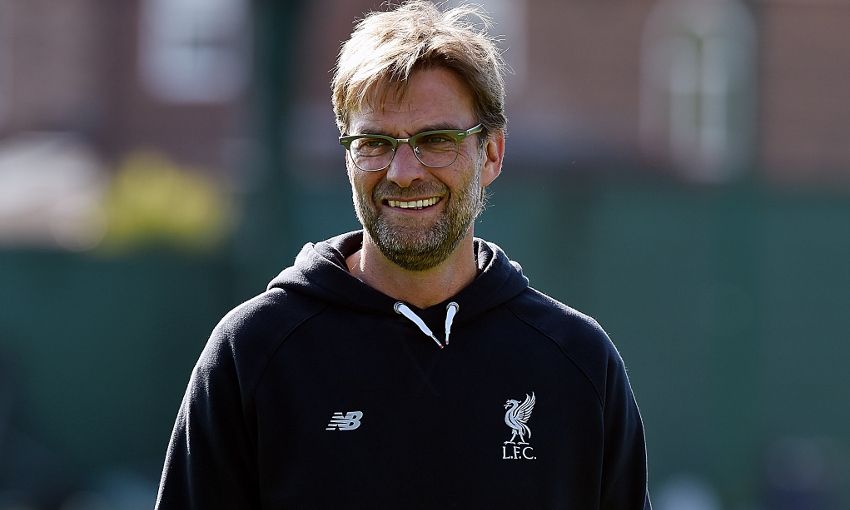 As the Reds prepare for another huge European occasion at Anfield against Villarreal on Thursday night, Jürgen Klopp sat down exclusively with Liverpoolfc.com at Melwood to preview the contest.

The La Liga club visit L4 aiming to preserve the advantage they claimed in last week’s semi-final, first leg when Adrian Lopez’s stoppage-time strike secured a 1-0 win for the hosts.

It means Liverpool require victory in front of the Kop if they’re to clinch a berth in the Europa League final in Basel later this month – and Klopp is confident with the backing of the home crowd, they can achieve their aim.

Indeed, the manager is anticipating another atmosphere to savour and inspire inside the stadium – and outside, where fans are planning to line the streets of Anfield Road to provide the home team bus with a stirring welcome, just as they did prior to the encounter with Borussia Dortmund last month.

That particular greeting was described as ‘outstanding’ by Klopp as he chatted to Liverpoolfc.com at the club’s training base and he sees no reason why the Reds can’t create another night that will be etched into club folklore when they tackle Villarreal.

LFCTV GO members can watch our interview with the boss in full now by clicking play on the embedded video below. Need a subscription? Sign up now. Alternatively, read on for a full transcript…

Jürgen, another big game in prospect on Thursday night. Given where this team is in terms of its development, does this game present an opportunity that has been earned rather than any pressure?

Yes, 100 per cent. All of what we’ve done since I’ve been here, all the hard times we’ve been through, all the wonderful games we’ve seen from this team, we only went through and had these great moments to be perfectly prepared for this game. It’s a big, big opportunity for us. I think nobody really expected at the start of the season we could go to the final, or be in the semi-final. This is a great thing and we should take it like this.

You, Zeljko [Buvac] and Peter [Krawietz] have an incredibly successful record in semi-finals. Is there any particular reason for that in terms of how you approach them and does it have any impact at all heading into Thursday?

Five semi-final ties, progressed through them all…

[Laughs] OK, that’s a nice record! But then if we get to the final, please don’t tell me my record in finals! I don’t know, but maybe around a semi-final if you are really involved, then it is possible that each day closer to the semi-final, you feel more and more pressure. I am not like this, to be honest. I am looking forward to it from one minute to the next minute to the next minute. I am really happy about this opportunity because you can only go the final if you show your best, and you can only show your best when you believe in yourself, when you are confident, when you see the opportunity, when you are really ready for it. That’s what I try to tell the players, to show the players, whatever. Usually my teams have played pretty well in semi-finals. We didn’t get through with average performances and a big portion of luck – it was most of the time really deserved. That’s what we should try again and I am really happy about this opportunity for the boys, for the club and for the crowd. They have all worked really hard this season. They started much earlier than when we came in and it was a difficult time. Then, October, a new manager and a lot of talking around the club, but not about football – only about my personality and things like this. Then the lads did really well and tried everything in a difficult season with a lot of injuries. And now we are here – and that’s great. To feel this is one of the smartest things you can do. Of course, the few seconds in the dressing room before the game, everybody will feel the pressure, but then with the first whistle you will see it is football and with football – and that’s the wonderful thing about this game – everything is possible. 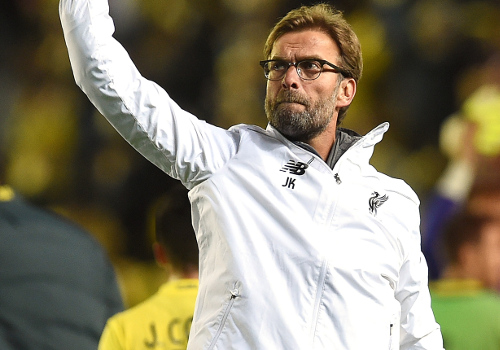 Is there a need for a bit of patience on Thursday night, both from the players and the supporters – not everything has to be achieved in the first few minutes…

Right…but it would not be a problem if we could win it in the first 10 minutes! But you’re right, of course, especially against a side like Villarreal with their unbelievable strength in counter-attacking. We should not open gaps, we should be really disciplined in our protection and in general in our defending. We really need to defend very, very well because if we don’t do this, we have no chance. But it’s a football game and it will be 95, 96, 97 minutes – however long – and you have to use this time to bring through your plan in a game like this. To let the confidence grow in the game and with each pass, each opportunity you create, each chance you have, each shot you have, you can make the other team a little bit weaker. That’s very important. It’s a game and in a game you have to gamble, you have to show a few things and in the other moments, do something completely different to surprise the opponent. That’s all about football and what I love in this game. We will be really, really prepared – maybe perfectly prepared – and in the end we have to accept they are a pretty good side and there is no guarantee of anything. That is always the same in life and if you saw the Champions League semi-final, I think everybody expected Bayern to go through, and maybe they were the better team possibly, but Atletico Madrid with heart fought themselves into the final – and they deserved it, 100 per cent. That’s the great thing about football and that’s what we should try too.

There were incredible scenes inside and outside at Anfield for the Dortmund game. Seeing the fans line the streets to welcome the bus, what did you think of it and what impression did it make on the players?

It was great, it was outstanding, it was the first time, it was wonderful. It let the game start earlier than usually. Normally the games start in the stadium, but this game started in front of the stadium. It was great to see, wonderful to feel and pretty, pretty special. Why shouldn’t we [all] expect another night like this? There is no reason for this. Only because we had it a couple of weeks ago? That makes no sense - it’s possible.I think everybody felt what this atmosphere created in the stadium, what it gave us and what it gave to the players. In this week, with wonderful weather in and around Liverpool, let’s show our best. Let’s show our best face, our best mood, attitude and let’s show all the best things about this wonderful club.

Is that what you’d say to supporters? ‘Let’s show our best in the stands’?

Yes. I don’t think I have to say it but I think everybody knows it. Again, the whole Liverpool family will be involved. Everybody who is not in the stadium will watch the game on television. Those who cannot watch on television will have the radio on, or sit in front of their computer, laptop or whatever. That’s the great thing. Nobody is alone in this moment, we can do it together, so let’s try together.