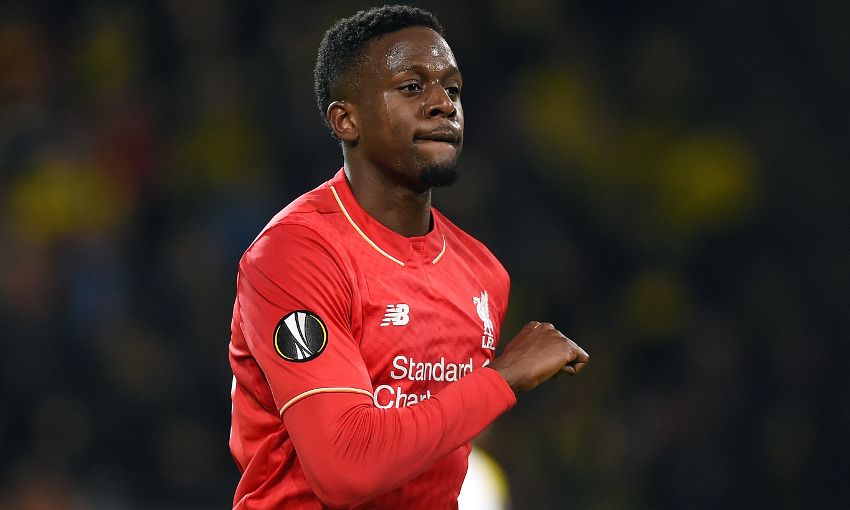 Divock Origi has revealed he is making good progress in his rehabilitation from an ankle injury and says he has not yet given up hope of a return to action before the end of the season.

The 21-year-old was forced from the field during the Reds' 4-0 win over Everton at Anfield last month, having earlier opened the scoring by notching a fifth goal in his last six appearances.

That such a fine run of form was cruelly cut short would have an adverse effect on most players, but Origi is remaining as upbeat as ever as he battles back to full fitness.

He told Liverpoolfc.com: "It's progressing well. It's been ten days now so I try and improve every day and make steps, we just try and [ensure that] I'm back as quick as possible.

"For example, yesterday and today I feel a big difference, with these injuries it can evolve everyday and we put in a lot of work.

"I come into [Melwood] very early and I leave in the evening, so we [work] a lot of hours, but I think that's necessary because I want to come back as soon as possible."

When asked if he could yet return before the campaign's conclusion, the forward added: "Of course, I believe in it.

"My goal is to come back as soon as possible and I just want to go back on the pitch. I think it's possible but you never know."

Watch our chat with Origi in the video above

Prior to his injury, Origi had endeared himself to supporters not just through his goalscoring exploits, but also his willingness to work relentlessly for the team as an outlet up top.

And the Belgian has explained that the love of the fans gives him extra motivation during a frustrating spell on the sidelines.

He said: "When you get a lot of love you're grateful and you try to repay this.

"It makes me work so hard, it gives me energy to work hard on my rehab and give everything to be back on the pitch and help the group.

"I just hope that things will go quite fast.

"I always want to be on the pitch and now these games that are coming are important and everybody wants to take part in them.

"Sometimes that's life, you have injuries, but I'm using this time to make myself stronger always and [to become] fresh mentally, and I hope I come back strong."

The former Lille man also opened up on his relationship with manager Jürgen Klopp, who has shown immense faith in him since arriving at the club in October.

"We have a good working relationship, the group and the manager and you can see it," he continued.

"A lot of players have made steps and I'm one of them and I'm just very grateful for everything, that I'm here, and I feel I'm at the right club at the moment and I'm so happy for this.

"I think on the mental aspect [Klopp] is very strong. He knows how to deal with groups; not every group is the same, not every player is the same, but he has the experience to manage the players and boost the group.

"That's a very good thing, and with the support as well [which is] magnificent, it gives you extra force for the game and that's what's good about this club also."