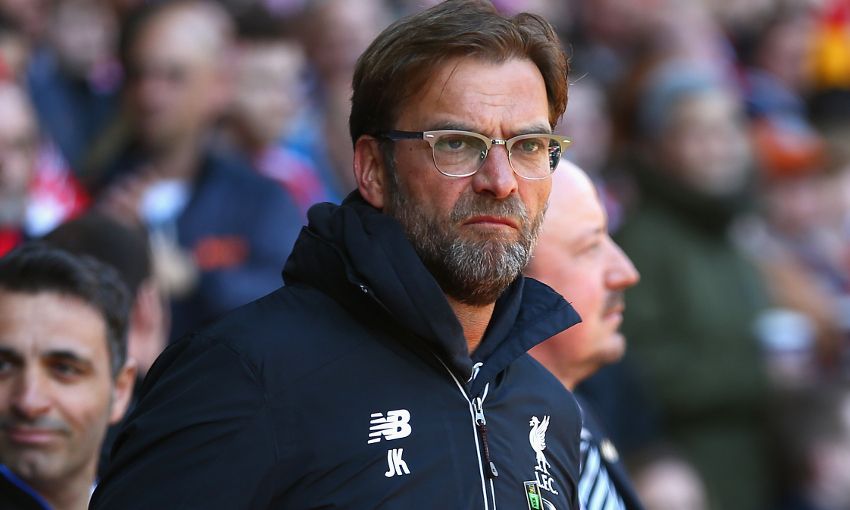 Jürgen Klopp is confident Liverpool will head to Spain this week fully prepared for their Europa League clash with Villarreal, despite the fact they will make the journey without several first-team players.

The Reds will take on the La Liga side in the first leg of the semi-final tie at El Madrigal on Thursday evening, aiming to take a step towards May’s showpiece in Basel.

Klopp said: “The whole season has been very intensive, but the players are not injured because they are tired. In a moment, it happens. Hendo was completely different to Emre. Divock was a senseless challenge.

“Momentum is not about having the best squad ready to play. Momentum is to be ready to fight.

“Villarreal also have had a lot of games. They play after our game against Real Sociedad and have a little fight for the Champions League.

“We need to be prepared. It isn’t about always having the best players but being perfectly prepared for our next game. Then we can go on.”

Klopp is hopeful Nathaniel Clyne will return to the squad after illness forced him to miss Saturday’s draw with Newcastle United – and the manager will also consider his central defensive options.

“Martin Skrtel was not happy that he did not start [against Newcastle], but overall he’s cool,” the boss continued.

“We have other players so we can say ‘come on, a few days more’. We have Martin, Dejan, Kolo, Lucas and Tiago Ilori so we have a few players who can play centre-half.

“We can make a decision. We cannot make a row, from number one to number five – if I tell number five he has to play, he might play like a number six.

“Clyne was vomiting all night. We had to change. Divock couldn’t play, Clyne couldn’t play. Lucas had two matches in a row after a long break so he could not start. Hopefully nobody thinks we picked the wrong line-up [against a team] in a relegation battle or something. We tried to bring the best formation.”

Liverpool’s overriding emotions following Saturday’s clash with Newcastle were ones of disappointment and frustration having relinquished a two-goal half-time lead to draw 2-2 at Anfield.

However, Klopp is adamant the Reds did not take their eye off the ball and allow thoughts to prematurely drift to Thursday night.

“Did you see a team that was thinking about Villarreal? We have enough time to prepare for Villarreal,” he stated.

“If you saw Lallana after the game, he was a very disappointed player. Nobody was saying: ‘now, come on, Thursday’. We are in a good moment still. I saw a lot of good things.

“In a game like this, as a better team, sometimes you need a bit of luck.

“We played well, not around the two goals, and then we came back into the game. It was not easy. We had our moments.

“We never gave up so it was not a case of it being too intensive. We are really close. In exactly the same season, with not a second better football, Sunderland, Southampton and Newcastle, that would be seven points more and we’d really be challenging for something.”