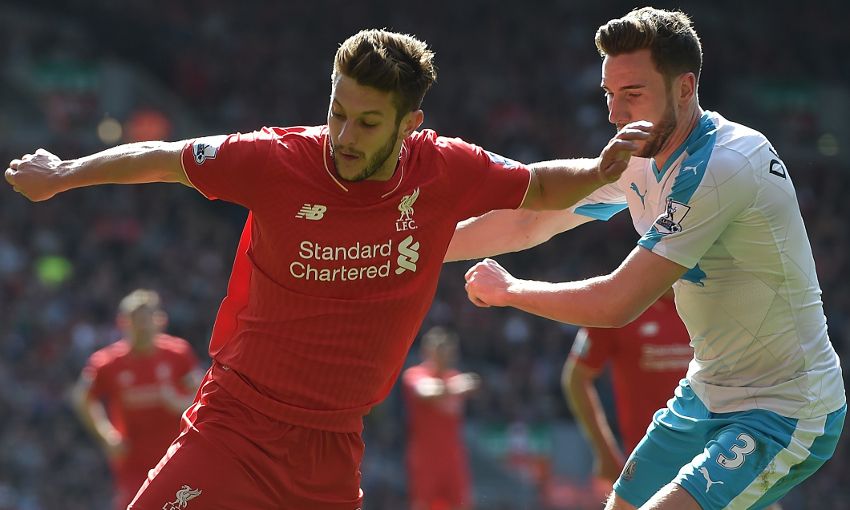 Adam Lallana believes the high standards Liverpool have set of late made their 2-2 draw with Newcastle United on Saturday all the more frustrating.

The Reds looked to be on their way to a fifth win on the spin in all competitions at half-time at Anfield, with goals from Daniel Sturridge and their No.20 having carved out a 2-0 lead.

However, the visitors rallied in the second half, and earned a share of the spoils through Papiss Cisse's header and a deflected Jack Colback strike.

Jürgen Klopp's team remain undefeated in their last seven outings despite that disappointment, but Lallana had hoped for more from the meeting with the Magpies.

"We've set our standards high in the last couple of months, we've been on a great run, and I think that's why I'm so disappointed for the lads that we've not managed to keep that going with another three points," he told Liverpoolfc.com.

"[We're] very frustrated. It was such a positive performance first half and we said at half-time we needed to come out fighting because they're scrapping for every point.

"I feel we took our foot off the gas a little bit, lost momentum, and credit to Newcastle, they probably got a deserved point in the end.

"But it is what it is, and we'll recover now and head to Villarreal."

With a midweek Barclays Premier League outing against Everton having preceded the clash with Newcastle, and a Europa League fixture against Villarreal to come on Thursday, Klopp again shuffled his pack.

But Lallana was reluctant to use the five changes made by the boss as an excuse for what eventually transpired.

"We want to win every game, whether it's the league or the Europa League," he added.

"The manager has made changes to keep everyone fresh but we've proved we're good enough to get three points regardless of the team he puts out.

"It's disappointing, but we've got a big game to look forward to now on Thursday."