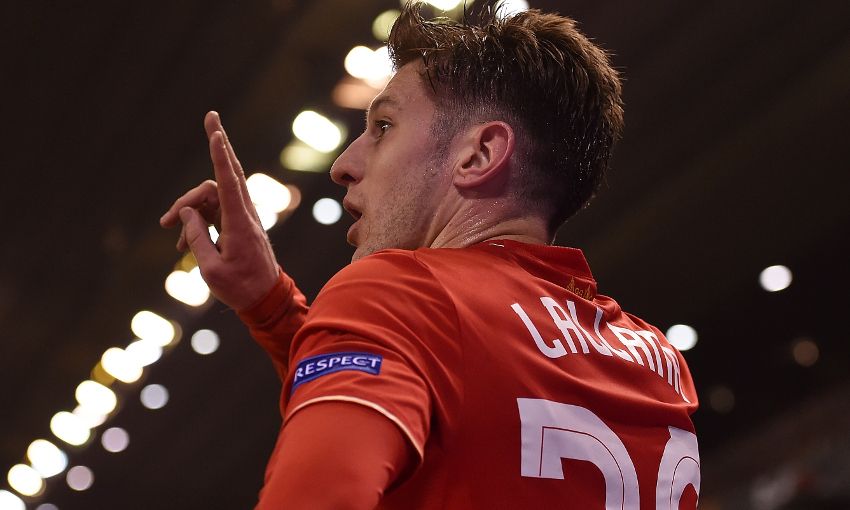 Adam Lallana is desperate to taste success in a Merseyside derby for the first time - and believes Wednesday night's meeting provides the perfect opportunity to do so.

Liverpool are in fine form heading into their latest contest with Everton, having won three games on the bounce in all competitions.

But ever since Lallana joined the Reds in the summer of 2014, the three clashes against the Toffees have all ended with the points shared.

His first derby was particularly frustrating for the midfielder as Phil Jagielka scored a long-range equaliser in stoppage-time to deny Liverpool at Anfield last season.

"I couldn't quite believe it," Lallana told Liverpoolfc.com. "Having known Jags from England as well, it was surprising to see him that far up the pitch!

"It's been disappointing [that] we've drawn all three but we're unbeaten in a while [against Everton]. Regardless of that, we're in good form, confidence is high and we're playing well.

"There's no better feeling than winning games. You just want the next game to come as soon as possible.

"At the minute, we've got a lot of games - Wednesday, Saturday and Thursday. The manager changes things up and keeps everyone fresh and wanting to do well when they come in."

"[Thursday] was quite remarkable and a big reason why we got over the line in the end," he continued.

"[Everton] is one of the [games] that you look on the fixture list at the beginning of the season.

"I'm sure the fans will turn up again, and if they're a patch on what they were the other night, then it'll be some atmosphere."

Jürgen Klopp's men are in the semi-finals of the Europa League and are keeping alive their chances of securing European qualification in the Barclays Premier League with a strong finish.

But Lallana insists the Reds will not get carried away by their recent run of form.

The 27-year-old added: "We're not getting ahead of ourselves - we've achieved nothing yet.

"We are starting to perform a little bit more consistently and the manager is running the changes and lads are coming in and performing well.

"I think it shows what a big squad he's got here and he can trust all his players."