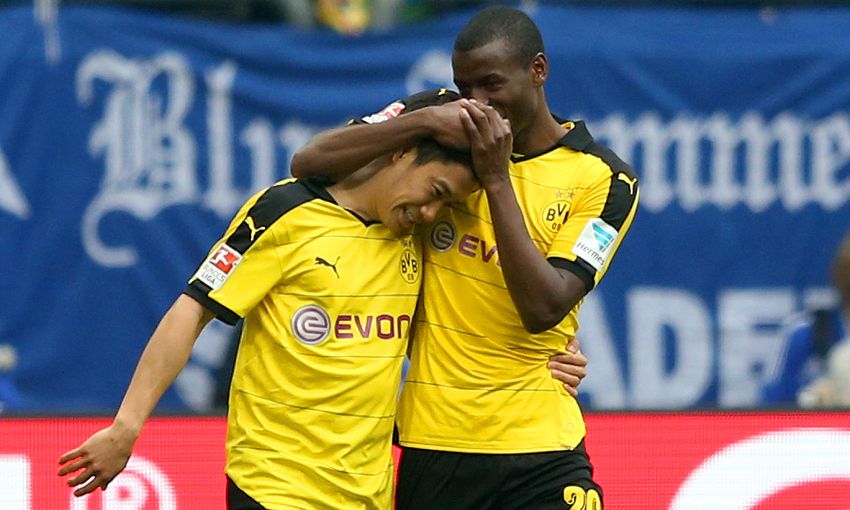 'We've always had faith in our strength in depth'

Borussia Dortmund warmed up for a Europa League trip to Anfield with a 2-2 draw against local rivals Schalke in Gelsenkirchen on Sunday.

Thomas Tuchel made eight changes to the starting XI that played out a 1-1 draw with Liverpool at the Westfalenstadion in midweek as he looked to maintain freshness ahead of the second leg of the sides' quarter-final tie.

And, while Dortmund subsequently dropped points in their pursuit of Bundesliga leaders Bayern Munich, they welcomed back key man Ilkay Gundogan as a substitute after his recent absence through injury.

BVB took the lead in the second half at the Veltins-Arena as Shinji Kagawa produced an outrageous chip on the break, but were pegged back by young winger Leroy Sane just two minutes later.

Schalke then replied quickly again after Matthias Ginter put the visitors in front with a header, with Klaas-Jan Huntelaar slotting a penalty in the 66th minute to earn a share of the spoils.

Watch the Merseyside derby in style on April 20 with some fantastic hospitality packages available. Click here to find out more.