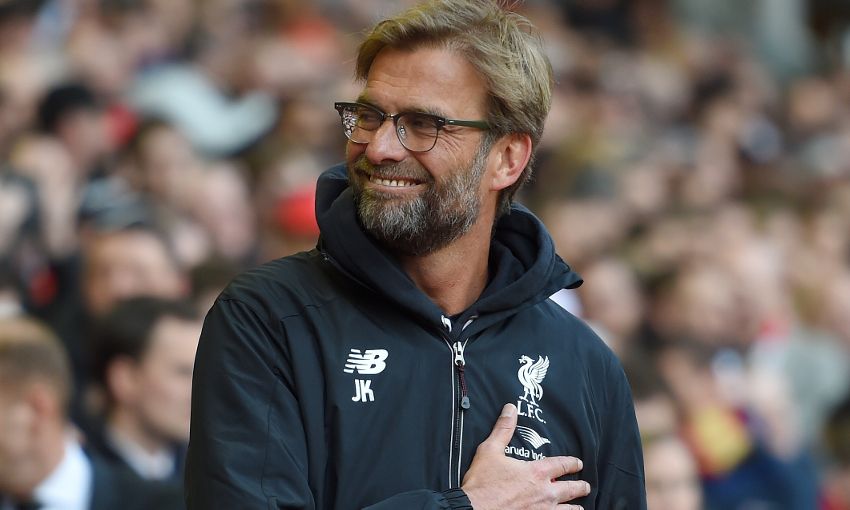 Before the Reds departed John Lennon Airport to head to Germany today, Jürgen Klopp sat down with Liverpoolfc.com at Melwood for an exclusive interview to preview the Europa League clash against his former club, Borussia Dortmund.

The German coach returns to Signal Iduna Park for the first time since leaving Die Schwarzgelben last May after seven hugely successful years.

It’s sure to be an occasion to savour in North Rhine-Westphalia on Thursday night as the teams contest the first leg of their quarter-final tie; however, as he explained to the club’s official website, with so much at stake, there’ll be no time for sentiment for Klopp.

The 48-year-old is determined for his side to prove what they’re capable of against a team he believes to be one of the best in world football currently.

If you’re an LFCTV GO subscriber, you can watch our chat with Klopp in full now by clicking play on the video below. Need a subscription? Sign up now. Alternatively, read on for a full Q&A…

Jürgen, you described it as ‘a story only football could write’ when the draw was made, so how much are you looking forward to Liverpool’s clash with Borussia Dortmund?

How much? I am really looking forward to it! Borussia Dortmund are, at this moment, one of the strongest teams in world football – that’s how it is and there are different reasons for it. To play against them is not to think ‘oh, nice, we’ll go there, win easy, fly home and be in the next round’. It is not like this, but we all play football for the big games – and this is obviously a big game. It’s a real challenge, but a real opportunity for us to show that it is possible in games like this for us to beat one of the best teams in the world. That’s cool, I like this. I don’t have to be the big favourite to enjoy the preparation for a game. I like to make something like a plan for a game against a really good side and try to cause them more problems than they usually have. So, I am happy.

You say it’s a chance for Liverpool to show what they can do in such a big game. It kind of has the feel of a Champions League tie in a way…

It does, 100 per cent. OK, Dortmund last year didn’t qualify for the Champions League and we didn’t qualify for the Champions League, so it’s not a Champions League game obviously – but big names, wonderful crowds and wonderful stadiums. It’s not important to name the tournament, it is enough that you know it is an important game for both sides and I think it’ll be really worth it to watch it. Everything can happen, on the positive side and on the negative side – that’s how it is when you want to win something. You need to try everything and in the end it is possible you can get nothing, but what’s more important is that you can get everything.

Given the size of the game, how important will it be for the longer-term development of your players to play in it?

To play in the future in the Champions League, it has absolutely nil importance for this. I don’t like it too much, but if you want I can tell you a story from Dortmund – in the first year [we were in Europe] we played Europa League, but went out in the group stages. The third year [in Europe], we were Champions League and we went out in the group stages. In the fourth year, we got to the [Champions League] final. What did we learn? Nothing. We played very, very well but lost in the first two group stages of the Europa and Champions Leagues. In the end, we had maybe a little bit more experience but much more importantly, we’d worked longer together. That’s what we have to improve and that’s what we need – the time together, work together, the experience together and not one game in one or two years saying ‘remember the game in Dortmund?’ You can’t work with this. But of course, for the moment it is a very important game.

Have the preparations or the analysis changed in any way for this game given you and your backroom team know the Dortmund players so well?

No, we’ve had a completely normal analysis. All of the coaches have watched five games of Dortmund’s because they’re not an English team and we don’t now watch them each week. In the preparation for a game we try to get everything we can get, so that’s what we’ve done. We know a little bit more about the players there, that’s the truth, but that’s not the most important thing. It’s good, but it’s not that important that we can say ‘I know he always turns left’ or something like this. They are really good, they are a brilliant side and react in a situation, so they don’t play the same all the time.

We’ve spoken about what a big game this is, what a big tie it is, but it’s fair to say Liverpool have been at their best in these kind of games this season…

That’s true, but I am not sure we should say this in case somebody from Dortmund reads it! But it’s the truth. That’s how, in my opinion – and if maybe you look back over big histories – development starts. You need to be a real competitor against teams that are in a stronger or better position or whatever, more confidence for example. That’s how it starts – let your own confidence grow and it helps you on the way to being a winning team in the end. We’ve had a few highlights this season for sure, but I am not sure if we have played against a team with the mixture of quality and self-confidence like Dortmund. There is no doubt about the quality of Manchester City and teams like this, but they haven’t been able to rest or have had a few injury problems when we played against them, but Dortmund have had few injury problems and they could rest a few players at the weekend. They have the perfect situation, we haven’t but that’s not a problem. We have our chance and we will try to use it. 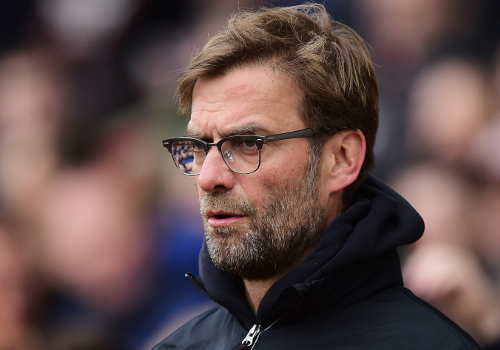 Just on injuries, how is the squad looking?

Since last Saturday, not too much has happened. We are not sure about Roberto [Firmino]; he is for sure a big step ahead, but we are not sure about what we can do with him for Thursday. Lucas is back in training but was a long, long time [out]. Hopefully he should not be an option for the game, unless we needed him for example, so he has to carry on training. Nothing has happened; nobody else is injured. We have the players we had last week and they didn’t play too bad against Tottenham, so let’s try again.

I know you’re not a fan of the hype that’s going to surround you going back to Dortmund, but how will it affect you going into the game?

We will see. The public hype I am usually not interested in, but as a private person – maybe it’s not important to say this – but I know nearly every person at Dortmund. So when I leave the [team] bus, it’s only 20 or 30 metres to the dressing room, but I’ll meet 40 or 50 people I know and haven’t seen in nine months, so what does it mean to a normal person? If you have no time to say hello, to talk, to speak or whatever, that’s a little bit stressful. But it’s only for me and it’s not a problem. I don’t like the things around the game too much, but I am really looking forward to the game.

So, friendships will be on hold for 90 minutes, at least…

No problem. When I started playing football, my only opponents were my best friends – and I always want to win. It’s not a problem, really – not for me and, unfortunately, not for them too!