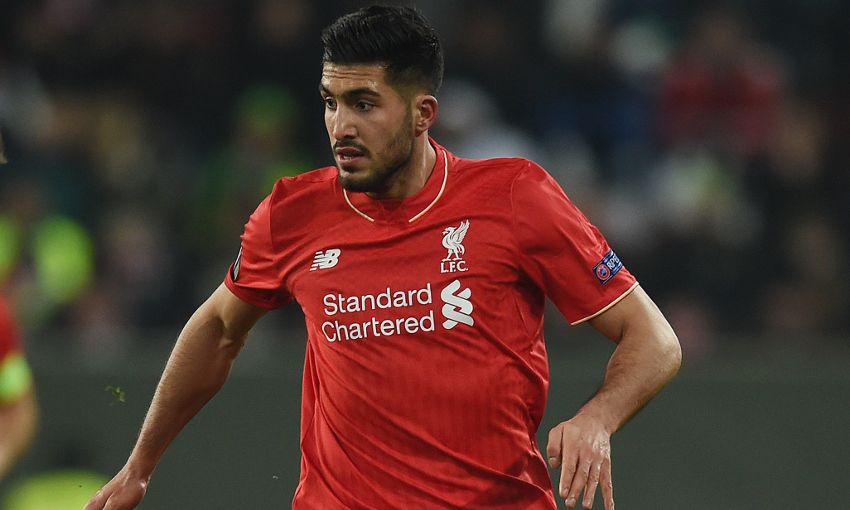 Emre Can's knowledge of the Bundesliga is likely to come in pretty handy across the two legs of Liverpool's quarter-final meeting with Borussia Dortmund in the Europa League.

The German has continued to follow football back in his homeland closely since making the switch to England back in the summer of 2014.

As such, he knows plenty about BVB, the tactics of their highly rated coach Thomas Tuchel, and the qualities of their top players.

"I follow the Bundesliga so that’s why I know their team. I played a few times against Dortmund so I know they’re very strong," the midfielder told Liverpoolfc.com ahead of the first leg in Germany.

"They press well, they can play football, and they have a good striker in [Pierre-Emerick] Aubameyang - he can always score.

"[Tuchel's teams] run a lot, I think. He likes when they run a lot, and they counter-attack - in Mainz it was the same - they have very good players who can play on the counter."

Despite his familiarity with an opponent that has avoided defeat since December, Can is confident that he and his teammates can cause an upset.

The 22-year-old is buoyed by the Reds' performances in other big games this season and sees no reason why they cannot claim another famous result at the Westfalenstadion.

"I think we’ve performed well in the big games against big teams, for example against [Manchester] City and Chelsea we’ve played very well," he added.

"And that’s what we want to do on Thursday as well [though] it will be a different game to the Premier League.

"[The key to getting a good result is] that we play our game, we play as a team and we play at the highest level we can."

The build-up to a hotly anticipated tie has been dominated by talk of a return to Dortmund for Jürgen Klopp and his coaching team.

But Can insists the players' focus is unaffected by such chatter.

"We focus just on the game, we know that for the manager it’s a very big team but I think he will give his best so we win the game," he continued.

"It’s an advantage that he knows the team and the most important thing is that we are concentrated on the game.

"It’s easy. It’s normal [the hype] because he was there [seven years] and he won a lot of trophies there, so everybody is looking forward to seeing him again in Dortmund.

"But I think the most important thing is that we win the game."