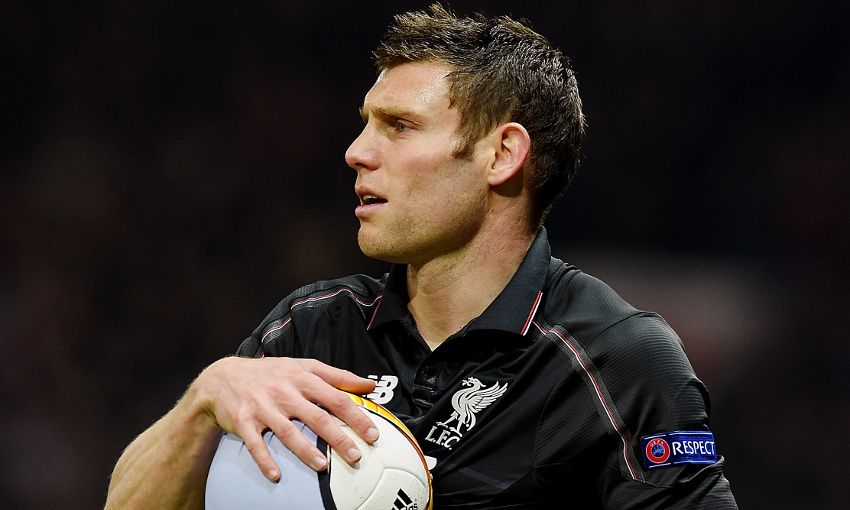 James Milner has talked up Liverpool's chances of pulling off another big win this season when they face Borussia Dortmund in the Europa League, insisting: "we don't fear anyone".

The Reds have been plagued by inconsistency for much of the campaign but have looked at their best when going toe-to-toe with traditionally tougher opposition domestically and Europe.

As such, Milner isn't concerned about a quarter-final clash with tournament favourites BVB, as he knows Jürgen Klopp's side are capable of matching them.

"We don’t fear anyone and we’ve proved this year we can beat anyone," he told Liverpoolfc.com.

"We have to make sure we’re on our game and if we do that we’ve got every chance of going through to the next round."

The No.7 also underlined just how much he and his teammates want to go on and claim what would be the club's fourth UEFA Cup/Europa League.

And he says the quality of the teams remaining in the competition would make such a success all the sweeter.

"The Europa League seems to be getting stronger every year and you can see that by the level of teams still left in it," he added.

"Obviously we had Manchester United in the last round, they’ll be hoping they’re a Champions League side next season as well, and that’s where we want to be ultimately.

"If you ask anyone, if you’ve got a chance to win a European trophy then the Europa League is a great competition to be in.

"At times it seems long and you’re going to a lot of different places but it’s a massive tournament to win and if we can do that this year it’d be a great achievement.

"The best teams stand in your way so for us to go to Dortmund it’ll be a massive start on the road.

"We’ve put ourselves in a good position, we’ve done the hard work, and you can see the end of the tournament. It’s important that we finish strongly."

In contrast to their last-16 meeting with Manchester United, the Reds will kick this tie off away from home as they travel to Signal Iduna Park on Thursday.

But Milner does not believe that the order of the legs has a huge bearing on the outcome, and says it is up to the players to be at their best home and away.

"You can think up advantages and disadvantages to playing home or away first," he continued.

"It all depends on the first result, obviously. You can play yourself out of the tie in the first leg by not getting a good result.

"Although we want to score - I think that’d put us in a strong position - you have to be tight at the back and make sure you’re not too aggressive in doing that.

"With us being away first, the away goal would be nice, and then we come back and that gives you a bit of a cushion at home where you want to keep a clean sheet.

"Plusses and minuses for both but it’s down to us ultimately - over the two games the best team will win."