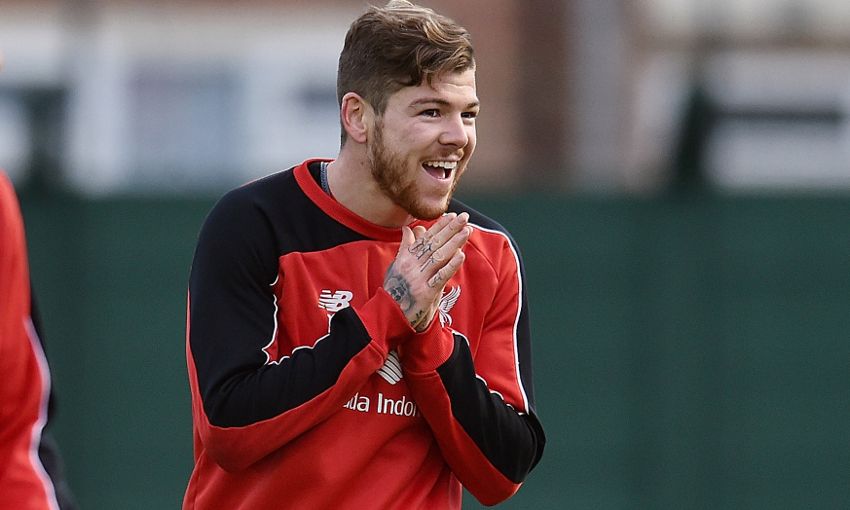 Recovered from injury and rested during the international break, Alberto Moreno is fit and raring to help Liverpool reach their goals in the final stage of the season.

“We need to keep working to get there,” he tells Liverpoolfc.com.

“We are closer to winning the Europa League title, although we still have a few games left. However, we still believe that we can win it. The Premier League is more difficult but we are working really hard to get a higher position in the table.”

While many of his first-team colleagues have been away on international duty, the Spaniard was part of the group that Jürgen Klopp took to Tenerife last week for warm-weather training and time with family.

The trip not only afforded the players and staff involved a chance to work amid more comfortable temperatures but allowed the manager to get to know his charges better in a relaxed environment.

It was also an opportunity for Moreno to complete his rehabilitation from a hamstring injury ahead of the resumption of the Barclays Premier League on Saturday, when the Reds host title-chasing Tottenham Hotspur.

The left-back explains: “I started training with the team in Tenerife. Everything went well and I haven’t felt anything else. I hope to be ready for the next game against Tottenham and for the rest of the season.

“The main thing was training and keeping fit but it’s true that after training we had some moments to relax and go to the spa and the beach, and it helped to clear up our minds a bit.

“However, during the trip, we didn’t only relax as we were always thinking of improving and making the most of the training. Overall, it was a great experience.”

Though Liverpool surrendered a two-goal lead in losing 3-2 at Southampton before the pause for international football, Klopp’s men had been in strong form in both of their remaining competitions.

Manchester City and Crystal Palace were previously beaten in the Premier League while the Reds were deserved winners over two legs against Manchester United in the Europa League to reach the quarter-finals.

And Moreno believes he is returning to a side growing in confidence as the boss’ influence takes an even stronger hold almost six months on from his appointment.

“He has always, from the first day he joined the club, emphasised how important it is to work as a team,” he says.

“In the last few games we have conceded fewer goals and I think this is the result of the team working together and being aggressive defensively. We also have very strong strikers, so I think we are in a good moment.”