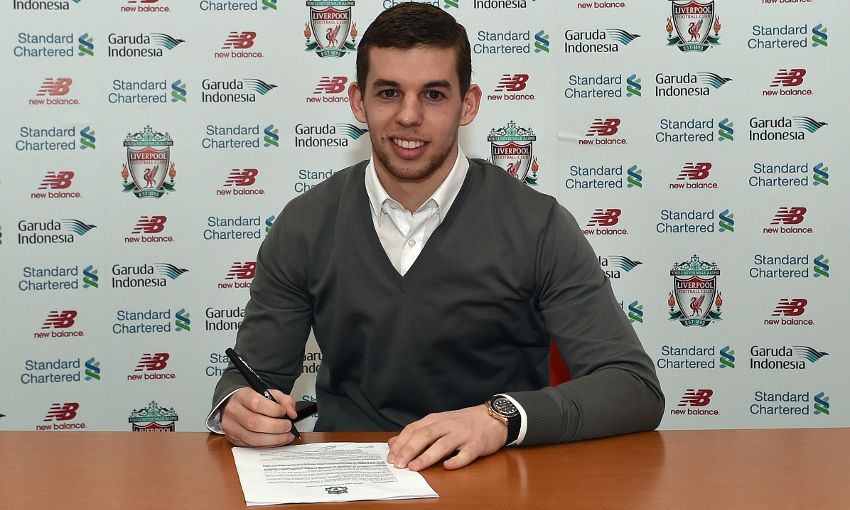 Mignolet on the defence, Southampton and Origi

The defender put pen to paper on the deal at Melwood on Friday afternoon, committing his future to the Reds.

Flanagan returned to the first team this season after 20 months on the sidelines due to an injury sustained in 2014.

The Liverpool-born defender battled back from the setback to return as a substitute against Exeter City in January, and to date has made five appearances so far in 2015-16 to take his overall tally to 47 for the club.

Immediately after signing his new contract, Flanagan told Liverpoolfc.com: “It’s brilliant – it’s something I’ve always wanted to do since I was a child.

“I think this is my third professional contract with Liverpool now, so I’m really happy.

“I’ve been through a lot in the last two years with the injury, and maybe a few people thought my future was in doubt, but I’ve worked hard and this is a bonus at the end of it.”