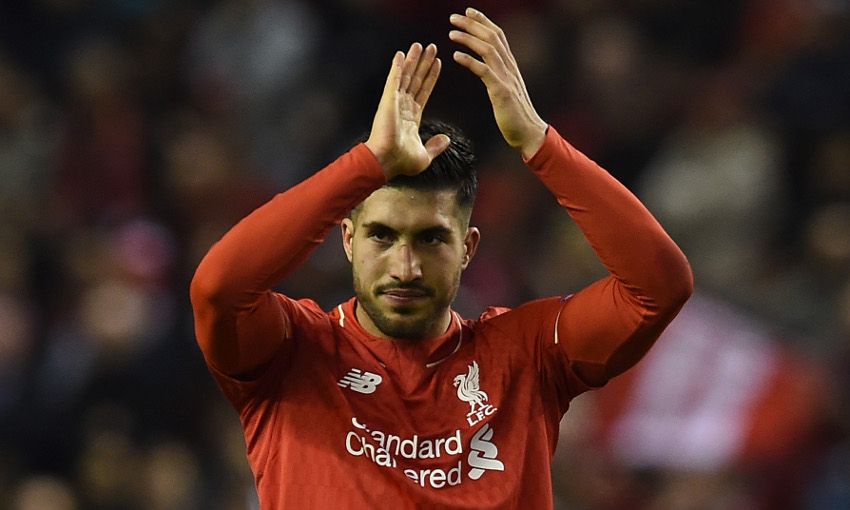 Emre Can admits Liverpool are favourites to progress in their Europa League last-16 tie with Manchester United, but believes that won't happen if the Reds try to simply defend their first-leg advantage at Old Trafford on Thursday.

Jürgen Klopp's team are in the box seat ahead of a trip down the East Lancs Road after running out 2-0 winners at Anfield earlier this week thanks to goals from Roberto Firmino and Daniel Sturridge.

Their lead would have been greater were it not for opposition goalkeeper David de Gea, whose heroics between the sticks prevented the hosts from producing the sort of decisive scoreline their performance arguably deserved.

Check out the incredible YNWA before the Reds' win over United

Regardless, when asked if Liverpool are in control of the tie, Can replied: "Of course we are, we won 2-0! We have to be happy about that

"Everyone was very happy with the draw to play United, we just wanted to play like recent games which we played very well.

"We did a good job and we have to keep going like that next week.

"It was a very big game for the Liverpool family. It was a great game, a great night, a great result."

The Germany international is adamant he and his teammates won't be resting on their laurels, however.

Even a 1-0 defeat at Old Trafford would see the Reds through to the quarter-finals of the competition, but Can is desperate to secure another victory.

"We have to keep going like in the first game," he added.

"We have to press and we have to play to win the game.

"Of course, we have to try and score again. We don't want to defend for 90 minutes.

"We want to go to the quarter-final, we want to win this competition. We have played a lot of games in it already. It is very important to us."

Liverpool have bounced back from Capital One Cup final defeat to Manchester City last month in fine fashion, winning three games on the bounce in all competitions.

Can is now keen to consign that painful memory to the past, and said: "That's done now.

"This is very different. The spirit is very strong. There are good teams like Manchester United. We have to show our performances."