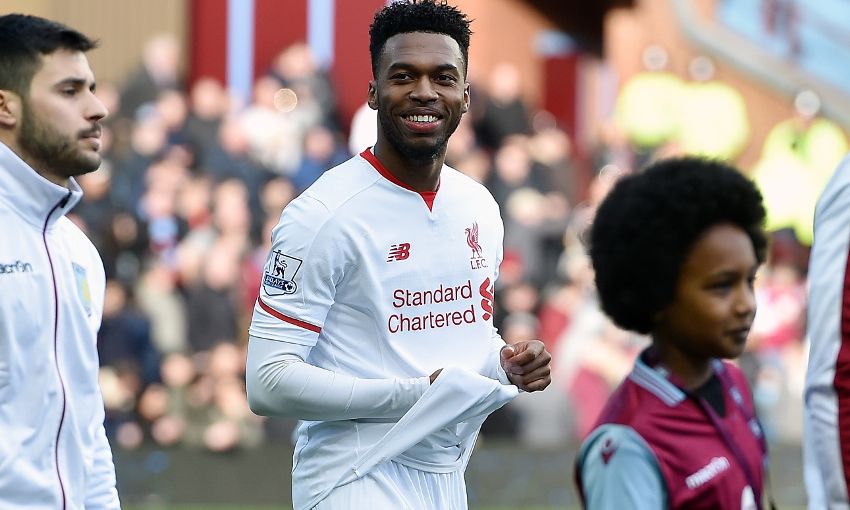 The No.15, making his first start for the Reds since December 2, kicked off the glut of goals at Villa Park when he nodded home from Philippe Coutinho’s inviting cross in the 16th minute.

James Milner doubled the lead before the break from a set-piece, and Emre Can, Divock Origi, Nathaniel Clyne and Kolo Toure added to the scoresheet in the second half.

On being back involved, Sturridge told Sky Sports: “It’s great, but it’s more important that the team wins the game.

“I’ve been watching from the sidelines and we have been unlucky in recent games. It was great to get the result today and to score so many goals. It gives us confidence for future games.”