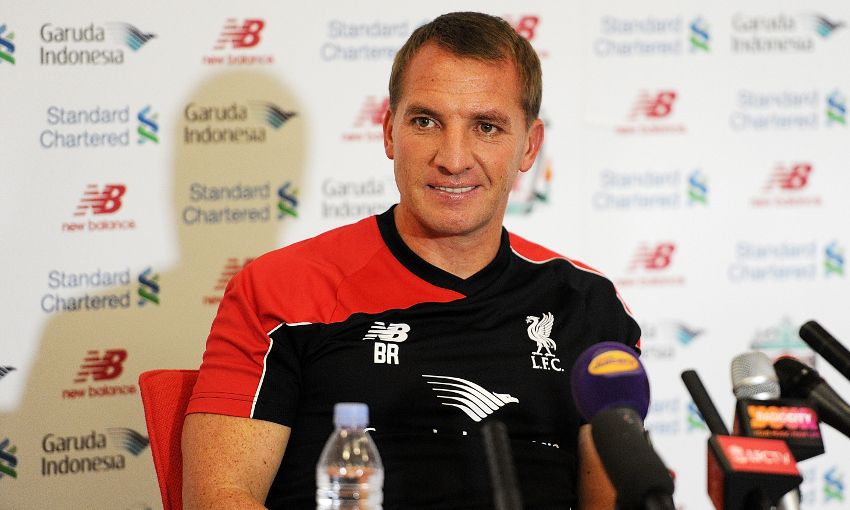 Brendan Rodgers has underlined the importance of Liverpool finding the perfect balance between attack and defence again ahead of Sunday's derby meeting with Everton.

The Reds warmed up for a mouthwatering fixture at Goodison Park by drawing 1-1 with FC Sion in the Europa League at Anfield on Thursday evening, a result that leaves them second in Group B and on track for the knockout stages.

It was a night of considerable frustration for the hosts, however, as they failed to convert a string of chances after seeing a solitary defensive lapse capitalised on by their Swiss opponents.

The manager wants to see an improvement on that performance at the weekend, and has called for his players to rediscover their ruthlessness in both boxes in order to flourish.

"We're not giving away so many opportunities but we're getting punished for mistakes," he told reporters.

"We arrive into every game and our work is very much balanced in terms of the offensive and defensive side of our game.

"So it's about cutting out the mistakes, that's key for us to not concede.

"But also in the same token, we respect and understand that every opponent that we play is really fighting and working as hard in our game as they do in any game.

"When the chances come along, we have to take them. The game last night we had something like seven clear cut chances and we're getting punished for little defensive mistakes and obviously we're looking to improve that ratio of taking our chances.

"We go into the game with confidence, we've got quality in the team and we'll look to take those chances while remaining solid defensively."

Rodgers was also keen to highlight that, while they were profligate in front of goal, a young Reds side were unfortunate not to put Sion to the sword at Anfield.

"We should have been sat here this morning having won the game 4-1 and everyone's talking about a lot of our young players getting the opportunities to play and a convincing performance," he continued.

"But you've got take the chances and that's something that we know."