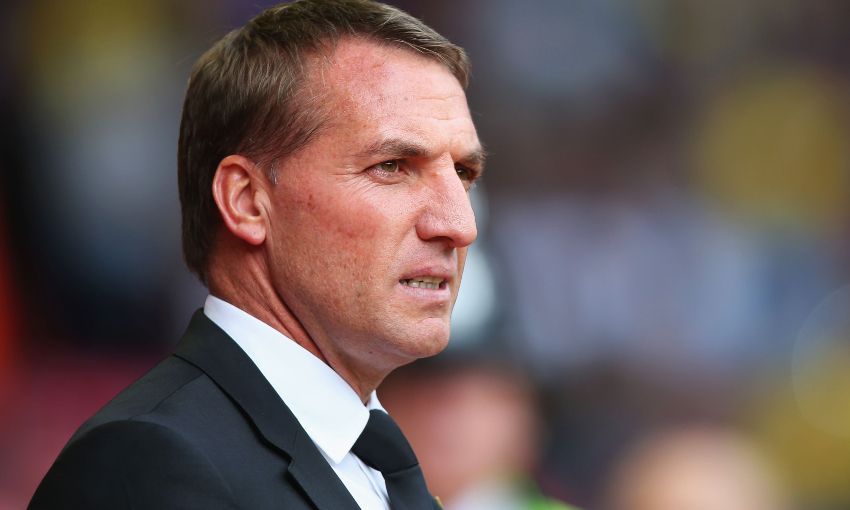 Brendan Rodgers insists Liverpool can head to Goodison Park for the season's first Merseyside derby with confidence but must be equally aware of the need to convert chances against Everton.

The manager and his players were frustrated by a 1-1 draw with FC Sion in the Europa League on Thursday night during which a number of promising openings were missed.

But Sunday’s trip to the other side of Stanley Park to take on their neighbours provides Rodgers’ team with an immediate opportunity to improve their goalscoring.

“These are fantastic games,” the manager said at his pre-match press conference.

“This is my fourth season of going to Goodison Park and we’ve played well there and been unfortunate not to come away with victories. We’ve never lost there in my time.

“Hopefully that continues. I’m looking forward to seeing the continuation of the team developing.

“When we first started [the season] we had a couple of wins but we weren’t creating so many chances. Now it’s starting to evolve where we’re starting to create opportunities and clear-cut chances.

“So we know whether we’re playing home or away, we’re back into the flow of creating chances. Now what we have to do is take those chances.”

The Northern Irishman continued: “It’s a big game because it’s a derby and of course for us as Liverpool every game is a huge game. We go there with confidence, knowing that we’re starting to create chances and score goals in our last games.

“Every win gives you confidence but of course in this type of game it can be an extra bonus, especially away from home.

“It’s another opportunity to get a victory and we know we’ve got the game to get goals and win the game. We respect that it’ll be a tough game but it’s a game we really want to win for us as a team and obviously for our supporters.”

After grabbing a sublime brace last weekend, Daniel Sturridge sat out the meeting with Sion as his return to action continues to be carefully managed.

The striker comes back into contention for the derby, though, and Rodgers believes his presence can not only bring an additional threat but also raise the confidence of those around him.

The boss said: “You saw Daniel’s quality in the game last week. He is obviously at a really high level in terms of his ability to score a goal.

“He is important for us. We have missed him over a long period of time.

“What top players do is also give the team confidence, when you know you’ve got that level of player in your team then it helps the rest of the team and gives them confidence.

“Him coming back into the reckoning for the weekend is a massive boost for us and when he plays you know he’s got that star quality.

“You want the goals to be distributed around the team but when you have a goalscorer of that quality, what he does is give confidence to other players and creates space and possibilities for others.

“To have him in the team, he has so many other qualities – his link-up is very good, his speed creates space for others. And he doesn’t need many chances to get goals.

“Over the period of time he was out our goalscoring record would have been a lot greater if he was fit and playing.

“He’s now back and we’ve got to manage that carefully, but we know when he’s in the team he’s a real threat for the opponent.”