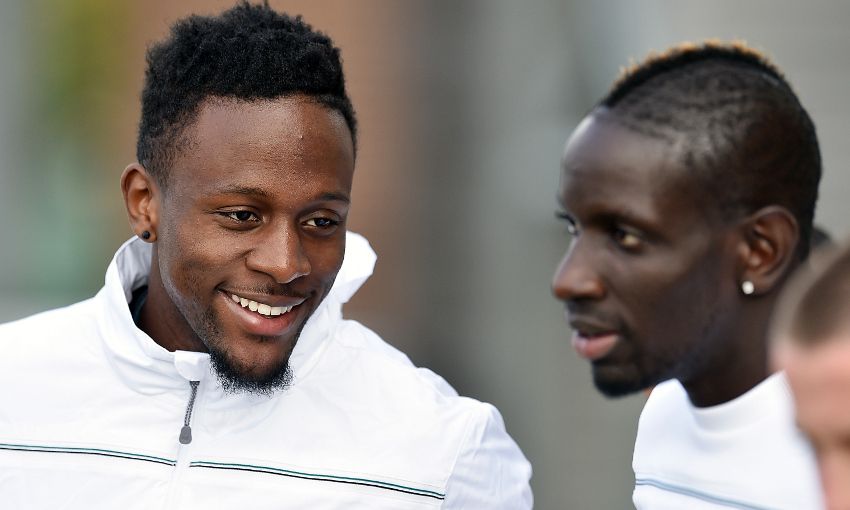 Brendan Rodgers has confirmed Thursday’s Europa League tie with FC Sion at Anfield will present a chance for him to utilise the depth of the Liverpool squad.

Just as in Bordeaux a fortnight ago, the manager admits he will hand opportunities to players who haven’t figured so much so far this season, as well as some of the Reds’ younger players.

Rodgers told his pre-match press conference at Melwood: “Our approach to this game is how it’s been in the competition – this is an opportunity for young players and an opportunity for players on the fringe of the team that aren’t getting so many games.

“But it’s also going to require players that have been playing. Ultimately for us the aim is to win the game.

“We recognise that our home games in this competition are very important and we enter into it with that mindset. Then we can concentrate on the game on Sunday.”

One man likely to get another opportunity is Divock Origi.

The 20-year-old started the 1-1 draw with Bordeaux in France earlier this month, one of three first-team appearances since moving to Anfield in the summer following his season-long loan with Lille.

Rodgers feels Origi is still settling into life at his new club, but insists the striker is working hard to hone his talents.

The boss said: “It just takes time to adapt. He’s a young player who has excellent qualities.

“The real focus on Divock is goals in games, that is what he’ll be judged on. He obviously hasn’t played so much, but he understands where he is at - coming in to such a big club, he knows he’ll be competing for places.

“For us, it’s about nurturing that talent along and for him, he’s really looking to improve that goalscoring record. That will hopefully come in time.

“He’s a humble guy. He knows where he stands and that he’s here to develop. It’s a big step coming to such a prestigious club.

“He knows he is going to get opportunities working hard every day in training. He has settled in very well.”

Rodgers moved to dismiss any notion Origi could be loaned out to garner further senior experience.

“No, not at this stage,” the manager responded to the suggestion. “He had his loan period last year out at Lille and this year was really about him coming into the club, adapting this season and we'll review where he's at at the end of the season.”

Another in contention to take on the Swiss side is Jordan Rossiter, who excelled in a central-midfield berth against Bordeaux.

Rodgers confirmed: “He’s a young player that is developing well. He has a strong personality. He and the other young guys did very well in the last game. He’ll be in contention again for the game tomorrow.”

Rossiter wasn’t the only Academy graduate to be involved at the Nouveau Stade de Bordeaux.

Pedro Chirivella came off the bench in the first half to turn in an assured display in the middle of the park, while Connor Randall, Cameron Brannagan and Daniel Cleary were named among the substitutes.

One journalist was keen to gauge Rodgers’ thoughts on Cleary’s development in particular, and whether he’d be involved once again.

“Daniel will be in and around the squad,” replied the boss. “Of course, we will play young players but I also respect there are other players that will need games as well – and it’s a competition we want to get the victory in.

“Daniel is a very good player. He’s going to have a good career in the game. He is very committed and I’ve seen development.

“In my time here, I’ve seen him improve, so I’m sure if he doesn’t get the game time at this moment, there’ll probably be a loan period for him. In the meantime, he’s playing in the U21s and playing very well.”