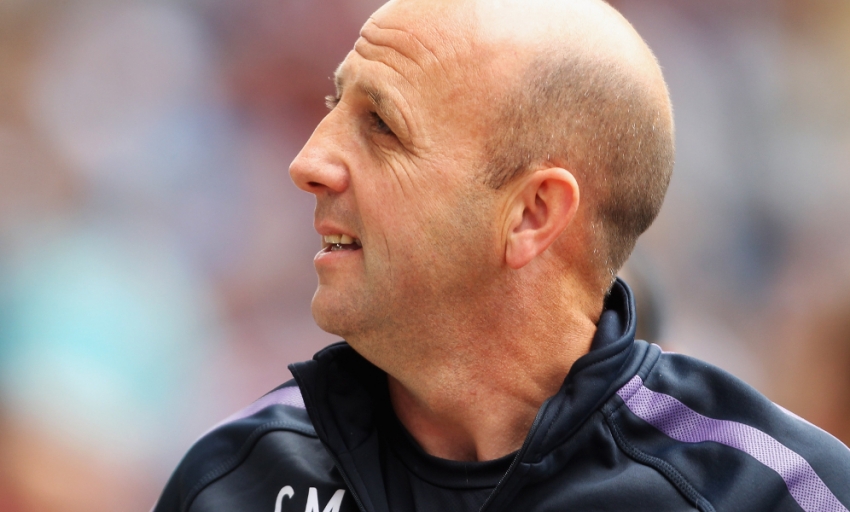 Stewart to spend season at Swindon

Liverpool Football Club can confirm that Gary McAllister has been appointed as first-team coach.

The Scotsman, who forged a lasting affinity with Reds fans during a two-year spell as a player between 2000 and 2002, will work alongside Brendan Rodgers and his backroom team at Melwood.

The manager said: "Gary has a special connection with this club and its supporters, and I'm delighted he is joining our team as first-team coach.

"When I met him I was struck by his passion, enthusiasm and knowledge for what we're looking to achieve here.

"He has experience coaching at the highest level and is someone who can connect with players and help them learn from his knowledge and understanding of representing this great club."

McAllister joined Liverpool at the turn of the century on a free transfer from Coventry City, aged 35.

His experience proved invaluable, scoring seven goals in 49 appearances to help the Reds to a historic trophy treble as they lifted the FA, League and UEFA Cups in 2001.

The midfielder notched a further 38 run-outs and two strikes in 2001-02 before he departed the club firmly established as a favourite among supporters.

Speaking about his return to Liverpool, McAllister said: "I'm delighted. I'm really excited about the prospect of coming back. It's fantastic and I'm really looking forward to it.

"This is similar, I feel the same as I did with that - that was a surprise phone call back then when I was given a chance to come and play at Liverpool as a 35-year-old.

"Right place at the right time, and I just hope it repeats itself. A lot of hard work and dedication... everything is there, Liverpool is a club where you can win things - that's a fact."

McAllister moved into coaching immediately after leaving Anfield in 2002, taking up a role as Coventry's player-manager.

He resigned from the position two years later, but returned to managerial duties when he took up the reins at Leeds United in 2008.

A coaching spell at Middlesbrough followed, before he was reunited with the man who had originally brought him to Anfield, Gerard Houllier, when he was appointed as the Frenchman's assistant at Aston Villa. He remained there until 2011.

"I'm looking forward to working with the players," he added. "There have been some exciting signings and there are some fantastic players already at the club.

"There's definite quality there and I'm just looking forward to getting in amongst it."

McAllister: Reds have to trust themselves

McAllister: Why Liverpool-Leeds is such a great fixture

#LFCWORLD: Gary Mac and THAT goal...

McAllister: Adam deserves all the credit