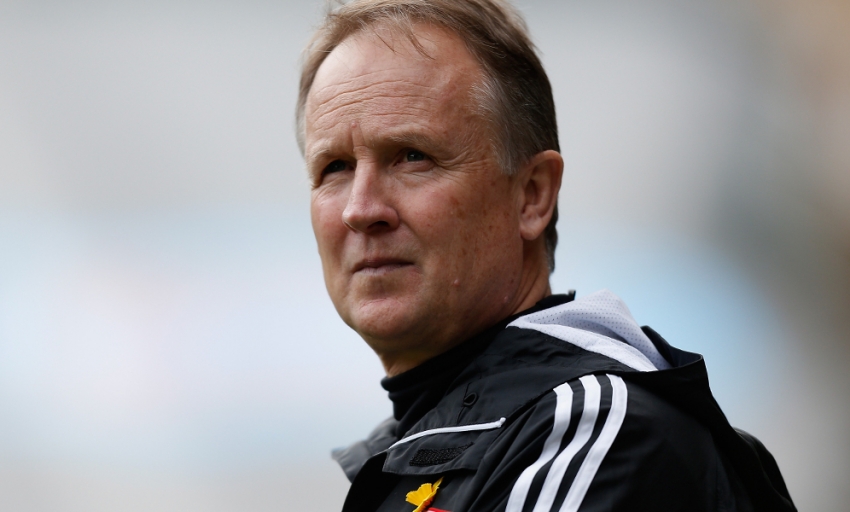 The Wolverhampton-born coach brings 20 years' worth of coaching experience with him to Anfield, and a reputation for a commitment to expressive, intelligent football.

As he explained after confirming his move to the Reds: "At the start of my coaching career 20 years ago I embarked on trying to get players to think for themselves, rather than be coach-led.

"Some do this instinctively, some have to be nurtured into thinking this way. This is as relevant today as it was then in trying to produce fluid, entertaining and winning teams.

"I'm looking forward to working with such a talented group of players and staff and I am delighted to be here."

O'Driscoll began his career in football as a midfielder, with an 11-year stay at Bournemouth accounting for the majority of his playing days.

Helping the Cherries earn promotion to the Second Division in 1987 proved a highlight at club level, and he also picked up three senior caps for the Republic of Ireland before hanging up his boots.

But it was following retirement that he truly began to make waves, after succeeding Mel Machin in the role of manager at the club he served for so long as a player.

The appointment proved a turning point for the south-coast club, who steadily progressed under their new boss before earning promotion to the Second Division via the play-offs in 2002-03.

Six years after taking charge at Dean Court, O'Driscoll was snapped up by then-League One outfit Doncaster Rovers and enjoyed further success at the south Yorkshire club.

After winning the Football League Trophy in his debut season, he led Rovers to the Championship via the play-offs.

It was during this spell that O'Driscoll first encountered Rodgers, as they went head-to-head when the latter made his managerial debut with Watford in November 2008.

The pair subsequently struck up a relationship that has resulted in a reunion at Melwood and is founded on a shared belief in certain coaching ideals.

"As a manager I stood in rival dugouts next to Brendan on numerous occasions and have always really enjoyed our conversations about developing players," O'Driscoll added.

"We both have similar beliefs in what we expect from players and will always challenge but support them in playing with a freedom and with responsibility in pressured situations, while demanding consistent performance levels to give us the best possible chance of sustainable success."

Since leaving Doncaster in 2011, O'Driscoll has added to his CV with stints at Nottingham Forest, Bristol City and, latterly, England U19s.

And he can't wait to get started on preparations for the 2015-16 campaign after making Anfield his latest port of call.

"I have watched a number of games at Anfield over the years and the club's history and the support of the fans never fails to make the hairs on the back of your neck stand up," he enthused.

"The philosophy of football here is engrained into football folklore; this has evolved and developed as players come and go and eras change but the underlying principles that make Liverpool Football Club what it is will always endure."

Photo gallery: Diogo Jota signs for the Reds at Anfield