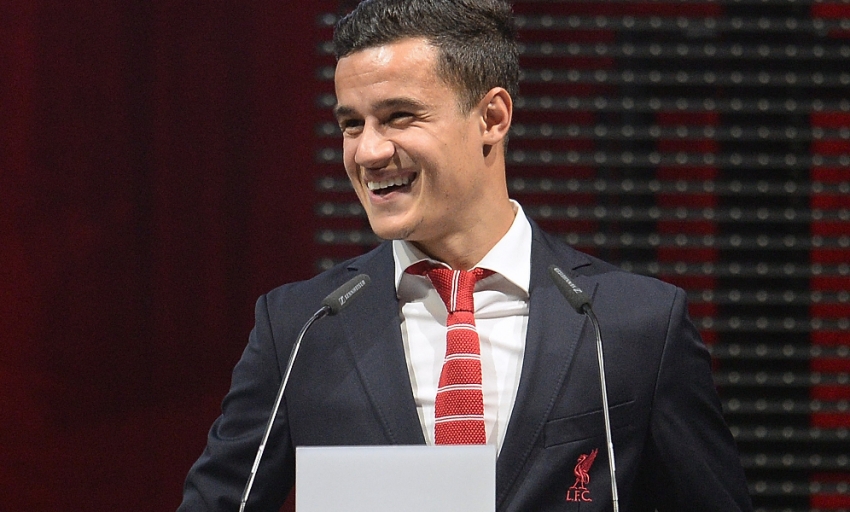 Philippe Coutinho headed home from the 2015 Players' Awards with a haul of four accolades from fans and teammates that the Brazilian admitted he will treasure.

The ceremony at the Echo Arena on Tuesday was the No.10's night, according to Liverpool captain Steven Gerrard, and the prize-giving certainly proved his point.

Coutinho was named Player of the Year by supporters and Melwood colleagues alike - recognition of a season in which his magic has shone so regularly for the Reds.

If that wasn't enough, he scooped the Goal of the Year honour for a stunning blast at Southampton and Performance of the Year for his efforts against Manchester City.

"It's very important for me because these awards were chosen by my fellow teammates and the supporters," the attacker later told Liverpoolfc.com.

"My teammates are the people I work with all year round, so being recognised by them makes it an important award for me which I treasure a lot."

Coutinho has found the target eight times in 2014-15, often in spectacular fashion. So was the long-range strike at St Mary's his own personal favourite too?

"I loved that goal and it was probably my most beautiful goal of the season," he concurred.

Liverpool travel to Stoke City on Sunday to complete their campaign, and the Brazil international will then participate in the Copa America this summer.

Looking beyond that to next season, though, Coutinho expressed his determination to build on his progress and help the Reds challenge again.

He added: "Hopefully we will fight for the first four places and the title, like last season. Unfortunately, things didn't go our way this season but we hope that next season we will be there or thereabouts."