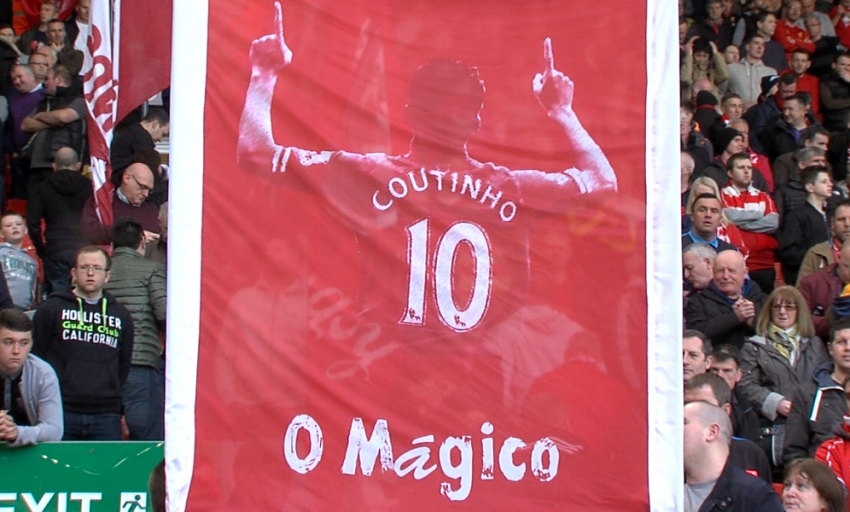 Kent and Yesil near return to action

Philippe Coutinho felt goosebumps when a Kop banner dedicated to his brilliance was recently unfurled and plans to use the display of appreciation as motivation to maintain his magic.

Liverpool fans have been enamoured with the Brazilian creator practically since his first appearance after swapping Inter Milan for Anfield in January 2013.

Reds have been treated to a succession of fleet-footed, visionary technicians throughout the club's history and here was the latest playmaker prepared to dazzle.

And Coutinho has done so with greater and greater effect during the past two years, culminating in a spell that has seen the No.10 named Player of the Month three consecutive times.

"I felt really honoured," the Brazil international explains in a brand new LFCTV HD documentary, 'Coutinho: Home from Home', that will premiere on Friday night.

"I remember we went to the field for our warm-up and the banner was there - it gave me goose bumps. I got really excited and found it really cool.

"It's very good to receive this warmth from the fans. It makes you want to improve even more, to repay this kind of thing on the field."

Coutinho's ability to assist others was evident from the earliest stages of his Liverpool career, with Daniel Sturridge especially a regular recipient of his sublime through balls.

Last season, as the Reds surged towards the summit of the Barclays Premier League, the midfielder added new steel to his game, a tenacious outer layer for his inner talent.

In this campaign, the area for improvement has been goalscoring. That aforementioned trio of strikes showed his progress, but the 22-year-old insists plenty more could come.

"I think I still have to improve," continues the man who has scored 13 times in 92 games for the club. "I have not improved yet. I scored a few goals last month but I need to improve.

"I have this ambition, this objective of improving finishing. In the position I play, I need to score goals to help the team and create plays. Therefore I must improve my goalscoring skills."