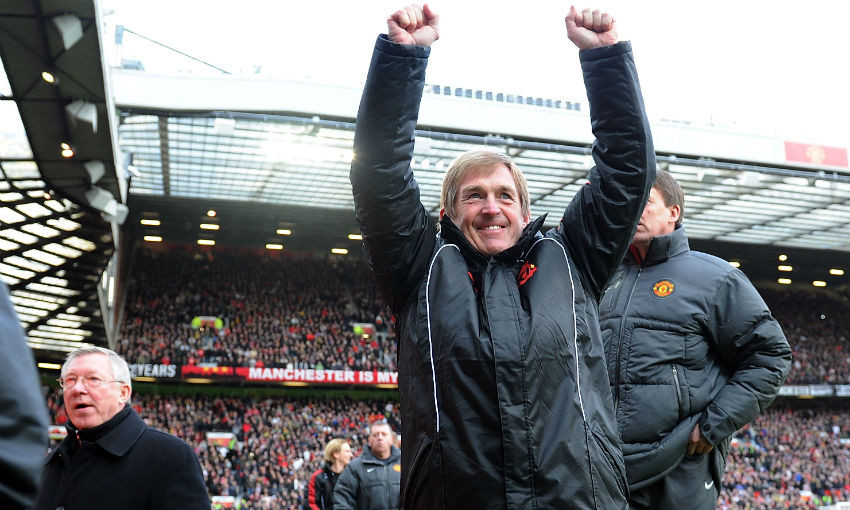 'Love it' - The Gibson Brothers on Thiago Alcantara's Liverpool song

Today marks the 10-year anniversary of Sir Kenny Dalglish returning to the dugout to manage Liverpool Football Club for the second time.

Dalglish took over the reins of the club once again on January 8, 2011, returning after leaving his post of first-team manager nearly two decades earlier.

Twenty-four hours later, the Scot then guided the Reds to Old Trafford for an FA Cup third-round tie with Manchester United.

Liverpoolfc.com spoke to four people close to the situation that day for an oral history of a monumental occasion. 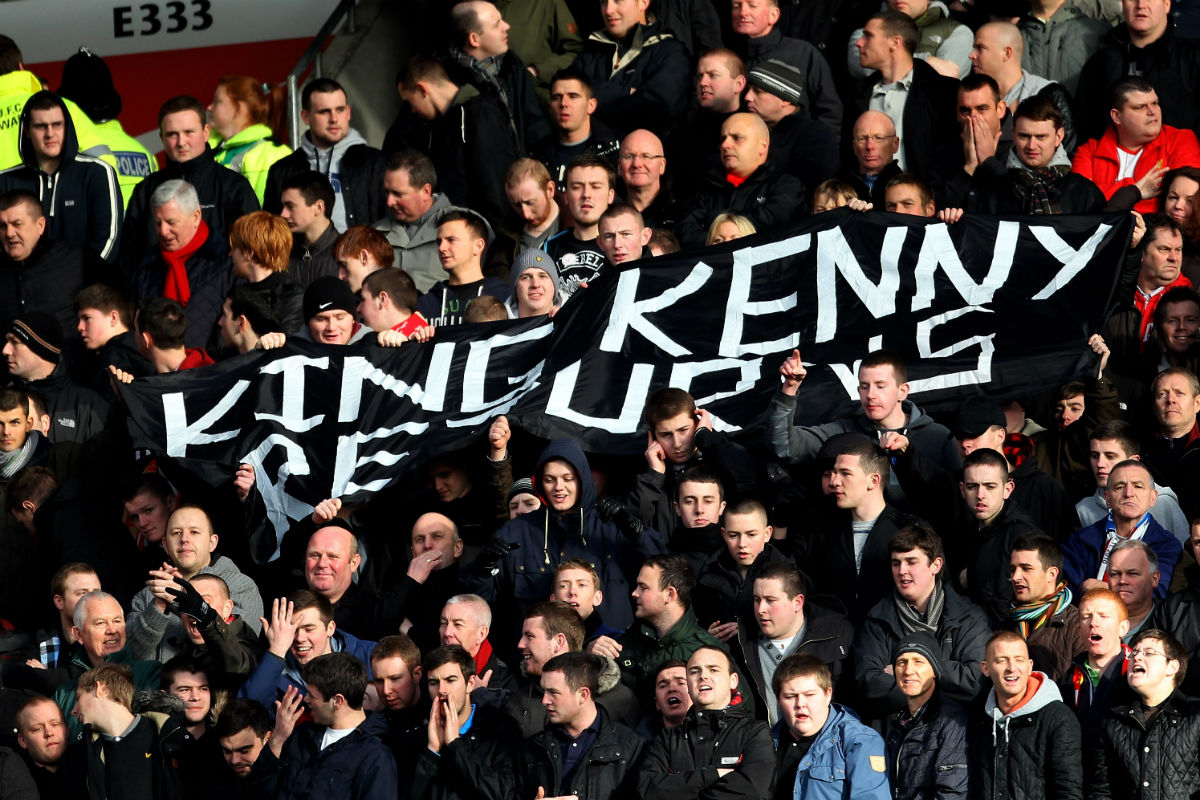 The situation was fast-moving. Dalglish was on a week-long Arabian Gulf cruise when he received the call from the club's owners, asking him to manage the team until the end of the season.

He duly cut short his holiday and flew home from Bahrain to begin the role.

Kelly Cates, daughter of Dalglish and broadcaster: "I only found out when he knew. It came out of the blue. It was only when they got the call when they were on holiday to say, 'Can you come back?'"

Jamie McQueen, supporter in the away end: "As a Scot, he was probably the biggest reason why I started supporting Liverpool. I woke up on the Saturday and checked my phone and had a couple of text messages. I went and put on the TV and it was all over it. I just sat and watched that. I couldn't believe it."

Fabio Aurelio, Liverpool's left-back that day: "Once you become a Liverpool player, you start to know more of the history of the club and the people that were part of it. It was easy to see that Kenny Dalglish was a big part of that. How they call him – King Kenny – leaves no doubt about that. Once you heard those words, you can imagine how important he was for the club and for the fans."

Cates: "I was quite nervous, to be honest. I think it's one of those things where only bad things can happen almost. It's a bit like, 'Why don't you just leave things like they are? Everybody thinks you're nice. But if you go back and it doesn't go well...' I was just really worried for him. It wasn't even that kind of thing where I'd say, 'Are you really sure about this? Have you thought this through?' Because he was just so excited. It was just like: if it makes you happy, then do it."

Aurelio: "Obviously he had no time to work but the impact of his personality was huge at the time. Once he arrived, he tried to give us confidence and what we could do for the club. It wasn't easy to understand his Scottish accent! But the content of it was important."

Gabriel Clarke, ITV pitchside reporter: "Crikey, when Kenny Dalglish returns to Liverpool as manager – something that many people thought wouldn't happen – it was a wonderful story to be part of. We did an interview with him pre-match about coming back. You're never going to get the full War and Peace on it at that point. Kenny was pretty practical, getting down to the brass tacks of his team selection – as opposed to making the story about him. Pretty typical and pretty shrewd. But you could sense it was special for him to be back. That smile had returned to his face."

The lasting image from the day is a beaming Dalglish saluting the 9,000 adoring away supporters while making his way to the Old Trafford bench. 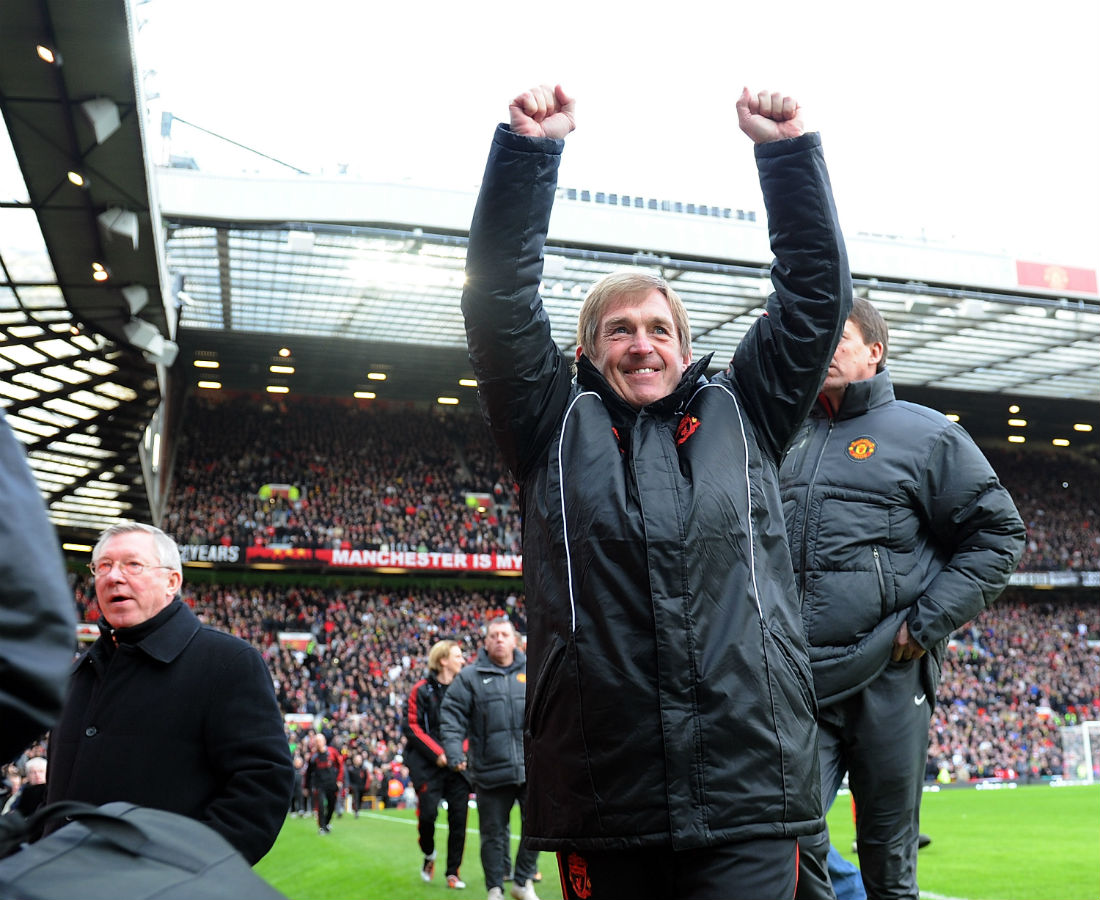 McQueen: "It was brilliant. The noise was just incredible. You could see his smile from the East Stand where we were. It was like going back to being a kid!"

Cates: "As soon as you saw the reception he got, it was just so lovely. Really lovely. It was different seeing my dad as Liverpool manager as an adult. As a kid, it was normal and part of what he did. From being a player to player-manager to being the manager, it was just all one big continuous process really. It was just normal. But then having been out of it and then going back was really strange."

For all the positivity ahead of kick-off, things couldn't have started much worse for Liverpool.

After just 31 seconds, United were awarded a penalty after Daniel Agger was adjudged to have tripped Dimitar Berbatov. Ryan Giggs stepped up and converted the spot-kick.

Then Liverpool lost Steven Gerrard when he was given a straight red for a challenge on Michael Carrick. 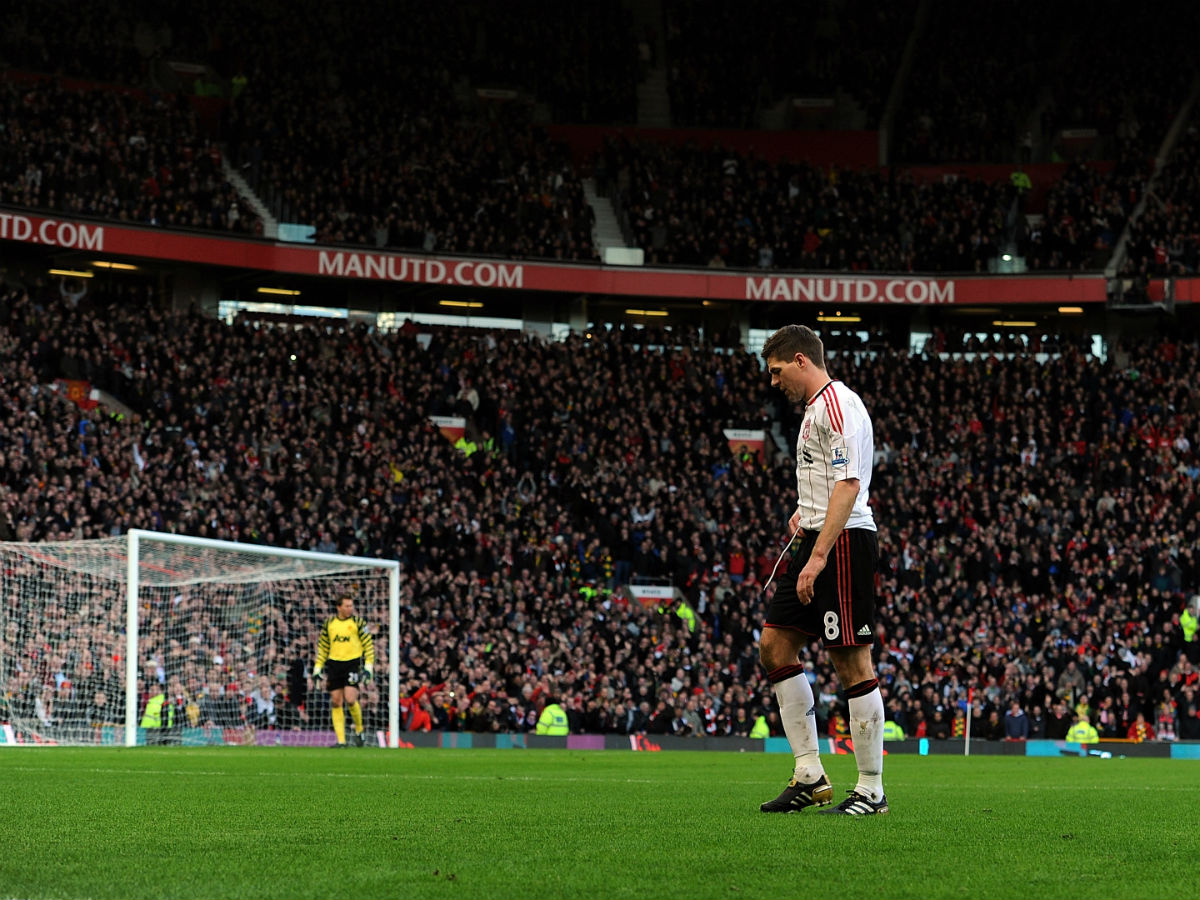 Clarke: "I can't remember there being a direct spat [between Dalglish and Sir Alex Ferguson] or anything like that, but they wouldn't have been exchanging pleasantries during the game, especially considering Gerrard was sent off and the penalty was given. I'm sure Kenny would've enjoyed going straight full on back into battle."

Aurelio: "There were moments when we had to sit and wait and had some pressure from United, but for moments it didn't feel like they had one man more. I think it was important that day we believed until the end."

McQueen: "You could see they were all playing for him. It makes you proud."

Cates: "I was so worried for him. It wasn't like being worried for the team or the club, it was just, 'Please God, don't let everybody blame him for this!' It's a much more personal way to watch it. You're watching it to see how he gets on, not how the team gets on – even though they're linked. It's a weird separate feeling."

Though there was obvious disappointment at the result, the mood among the Liverpool squad and travelling supporters was upbeat after the final whistle.

Aurelio: "Even with those difficulties during the game, we faced the game at a top level. That was part of Kenny Dalglish's impact on the team that day."

Cates: "It's so weird because in my head I think about that game as a draw, even though it wasn't. But I have to check myself when I remember it because with the penalty and with the sending-off, it was almost like, 'Oh my God, this is just all going to go so horribly wrong.' Then the fact it didn't go horribly wrong is almost like a bit of a win in itself.

"Because they'd lost and because of the way it'd gone, there wasn't a massive debrief. It was more sort of talking to my mum, 'How is he? Did he enjoy it?' She was like, 'Oh my God, did he enjoy it? He just loved it!' It just felt really nice."

McQueen: "It gave us such a big lift from where we'd been. It felt like you just were going nowhere and then suddenly now you've got Kenny back. It looked really, really positive." 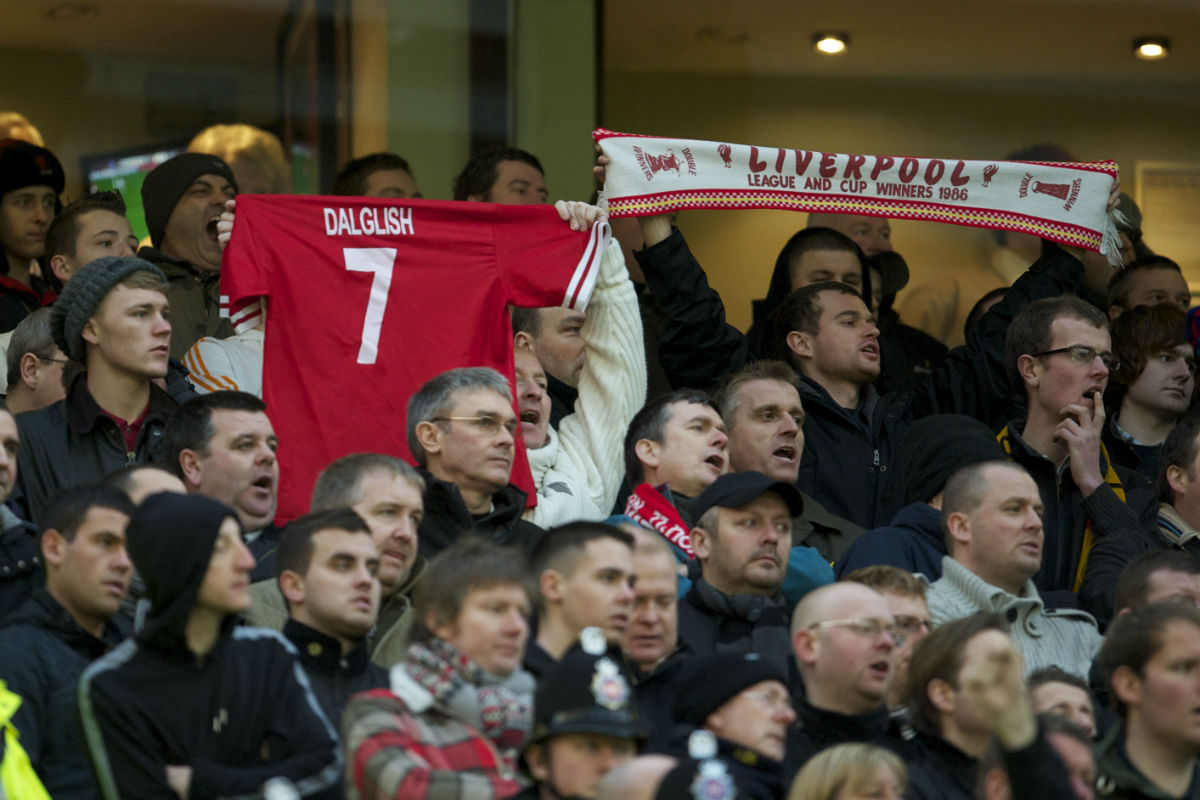 Clarke: "Generally, I think he came into that second spell with a better sense of enjoying the experience, even when it came to media relations. Listen, he was upset about the game and I'm sure he wouldn't have agreed with the decision on Gerrard – he just wouldn't have done that, in the same way Sir Alex wouldn't have. He would've stood up for his team. But he, in any way, wasn't ducking any questions or being difficult at that point. He was coming back to enjoy it all as much as possible."

Cates: "He felt there was unfinished business because of the way he left the last time around. Even with hindsight, and he was absolutely right to leave for himself and for his own health, I think there was a bit of him that always felt like he owed the club something as well. The fact that they came to him and said they wanted something and he was able to give them it, I think that meant an awful lot to him."